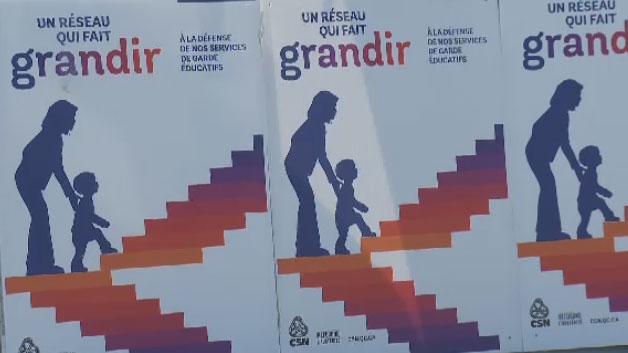 The workers were protesting $74 million in cuts to daycares planned by the Couillard government that will go into effect in April.