Cyclist dead after being hit by car in West Island 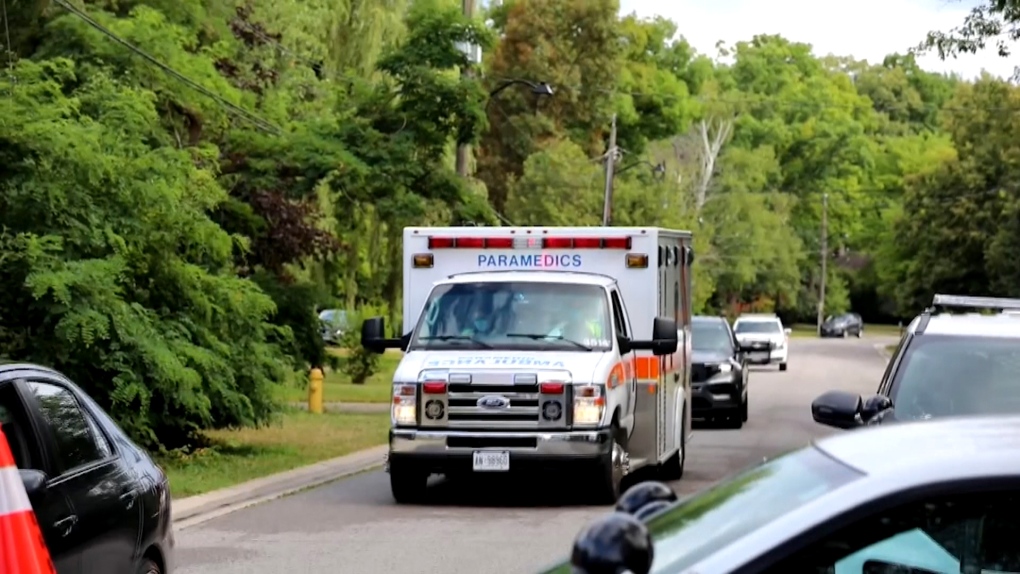 MONTREAL -- Police say a 50-year-old cyclist who was hit by a car Tuesday on the West Island has died, marking the second fatal collision in as many days.

The woman was cycling northbound around noon on l’Anse-à-L’Orme Road, near the intersection of Senneville Road, when she was struck by the vehicle heading north.

She went into cardiac arrest and was taken to hospital. Police confirmed Tuesday evening that she died of her injuries in hospital.

The driver of the car, a 29-year-old woman, struck a tree immediately after the collision and was sent to hospital for injuries that are not considered life-threatening, according to police.

The incident marks the 11th fatal collision in Montreal this year.

On Monday, a woman walking near the intersection of Honore-Beauregard Street and Souligny Avenue in the Mercier-Hochelaga-Maisonneuve borough was also hit by a vehicle and critically injured. Police confirmed Tuesday evening that she died Tuesday morning. That collision marked Montreal's 10th fatal collision of 2021.