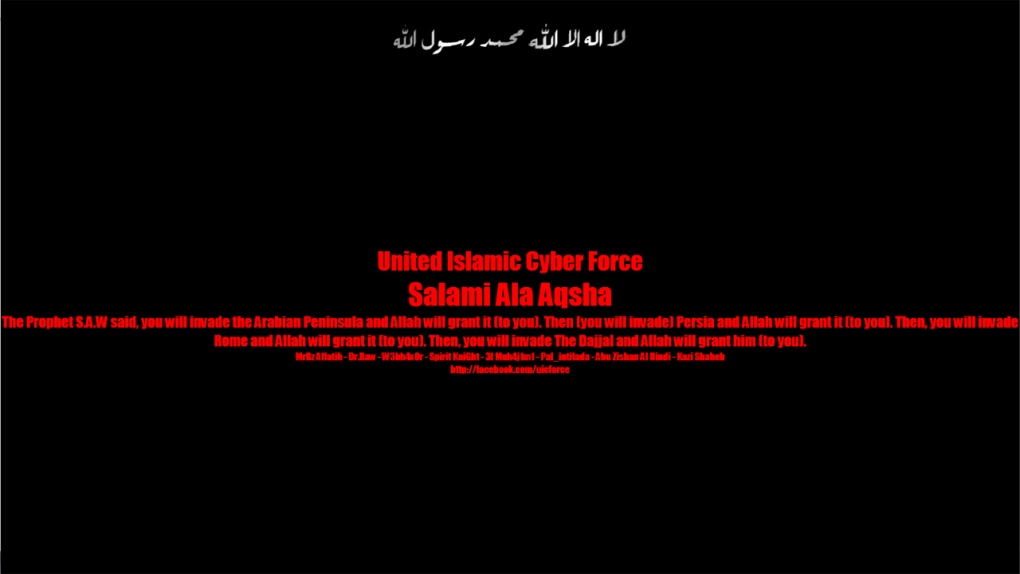 The website for the Bloc Quebecois was the target of a cyber-attack Monday morning.

The political party’s website was taken over by someone claiming to represent the "United Islamic Cyber Force.”

The web page is displaying a quote from the Koran and is also linking to the hacker’s Facebook page.

A similar incident happened with the website of Terrasse-Vaudreuil, a small suburb west of Montreal, in January 2015. The SQ police said the town's website was taken over by an Islamic extremist group making reference to the Charlie Hebdo attacks in Paris.

In another case, hackers took over the Suburban newspaper website in February 2015, saying the cyber-attack was “initiated to destroy the Israeli network.”