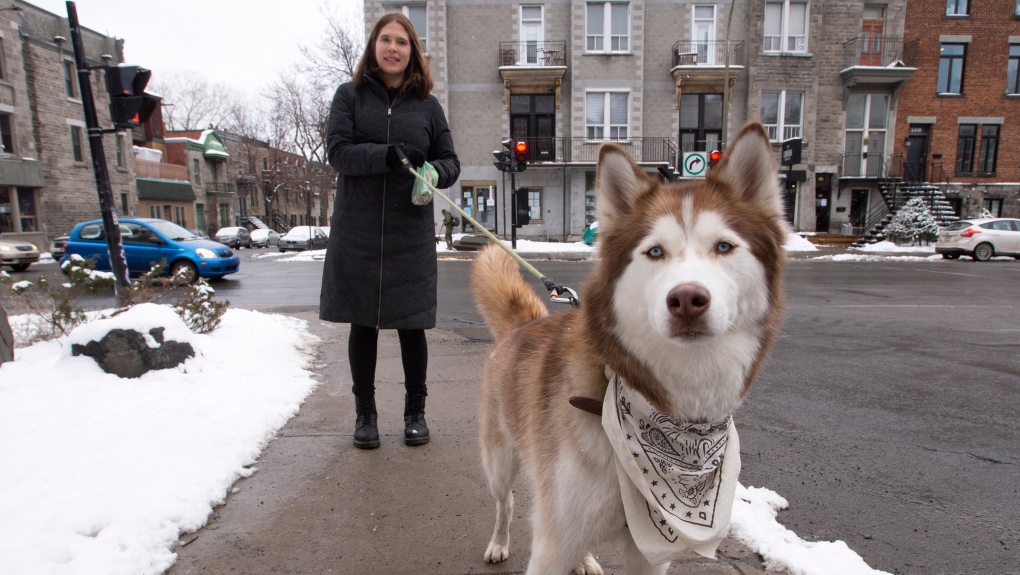 Ita Skoblinski walks her dog Waylon, Tuesday, January 12, 2021 in Montreal. Skoblinski adopted her dog during the pandemic and posted a joking offer online to let people walk her dog after curfew and got tons of answers.THE CANADIAN PRESS/Ryan Remiorz
MONTREAL -

Although Quebec’s new curfew contains several exemptions, walking your dog after 10 p.m. does not appear to be one of them — but the health ministry aims to change this.

In an email to CTV News, a representative for the ministry said “it is the intention of the government to include this missing exception again as soon as possible.”

The news will come as a relief to dog owners, who were outraged to learn that dog-walking wasn’t given a pass after curfew.

“What if you can’t walk your dog [before curfew] because of work or other restraints?” questioned dog-owner and animal activist Louise Makovsky.

During the curfew imposed in early 2021, dog-walking was permitted within one kilometre of the home; it’s unclear why the rules were changed this time around.

An SPVM spokesperson did inform CTV News that so far, no tickets have been distributed to people taking their dogs out past 10 p.m.

As of right now, it's unclear when changes to the curfew rules will be official made.