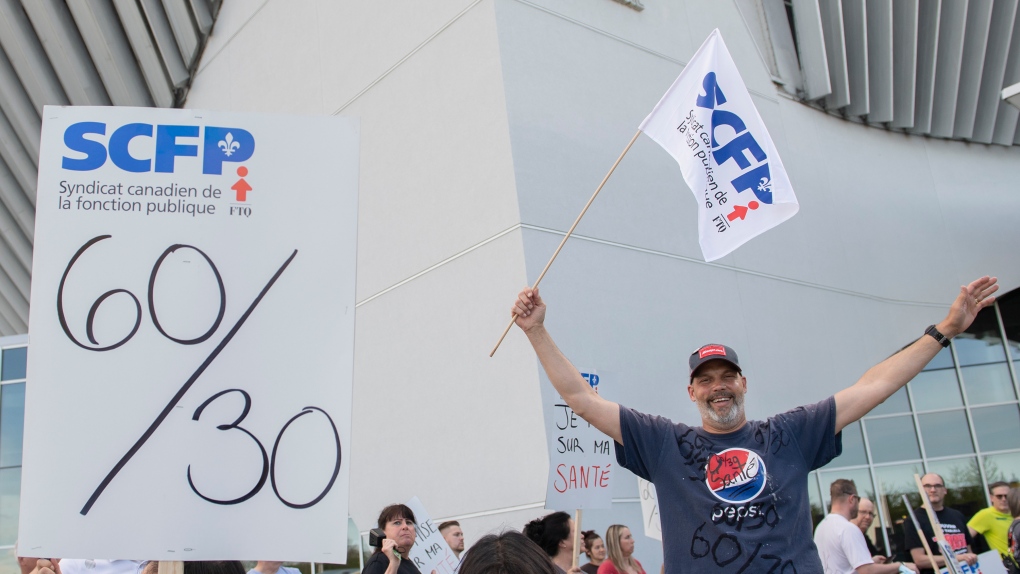 Croupiers protest outside the Casino in Montreal, Saturday, May 14, 2022. The dealers went on a surprise four-hour strike late Saturday afternoon to show support for their bargaining committee. At the stroke of 4 p.m., croupiers stopped working and walked in front of the casino to denounce the deadlock in negotiations on their next collective agreement. THE CANADIAN PRESS/Graham Hughes

Croupiers at the Montreal Casino have launched an unlimited general strike today.

Their union says in a statement there is an impasse in negotiations over their collective agreement and the strike started at 9 a.m., with a picket line to be set up this afternoon in front of the casino.

The collective agreement that regulates the working conditions of 521 dealers expired on March 31, 2020, with salaries and schedules among the issues at stake.

Loto-Québec, which manages the province's casinos, says it is disappointed with the strike but says operations at the Montreal casino will continue as normal and clients will have access.

The provincial lottery corporation says it remains open to negotiating with the union.

Convoy participant Pat King was involved in the planning and logistics of the Freedom Convoy protest, despite denials of his participation by organizers, according to court documents obtained by CTV News.

A shooter fired on an Independence Day parade from a rooftop in suburban Chicago, spraying the crowd with gunshots initially mistaken for fireworks before hundreds of panicked revellers of all ages fled in terror. At least six people were killed and at least 30 wounded.

Two climate change protesters were arrested after they glued themselves to the frame of a famous John Constable painting hanging in Britain's National Gallery, the central London museum and police said.

The 30 NATO allies signed off on the accession protocols for Sweden and Finland on Tuesday, sending the membership bids of the two nations to the alliance capitals for legislative approvals -- and possible political trouble in Turkey.