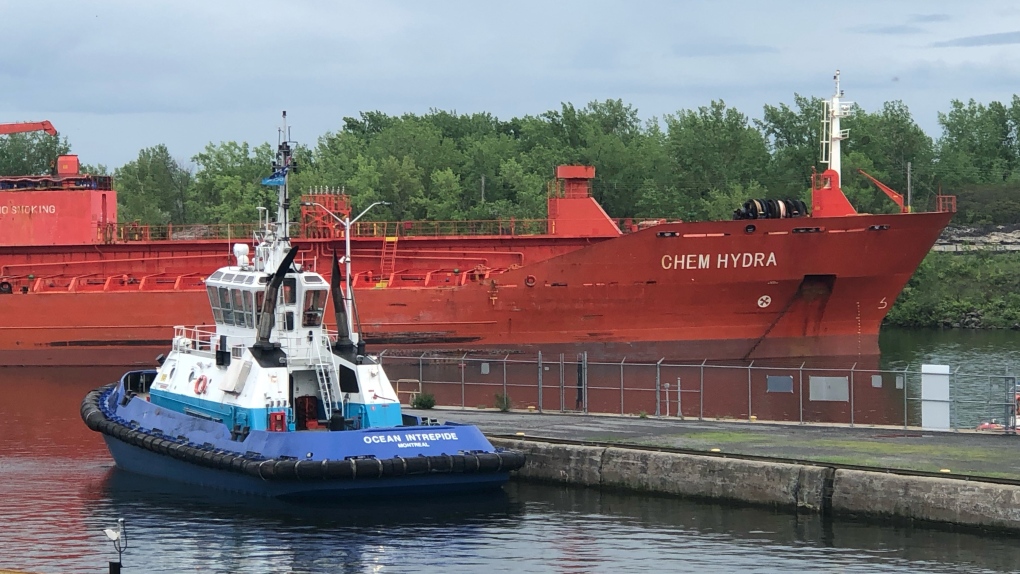 A tugboat sits nearby the Chem Hydra which got stuck on the natural bottom of the St. Lawrence Seaway early Friday morning (Scott Prouse, CTV News)

A large ship carrying chemical products ran aground during its passage through the St. Lawrence Seaway early Friday morning, backing up maritime traffic as tugboats tried to dislodge it.

The Chem Hydra got stuck shortly after 12:30 a.m. Friday near the Sainte-Catherine Lock on Montreal's South Shore.

By 7 p.m., the tanker had been dislodged and moored, or parked, near the Lock.

Officials say the ship got stuck after it collided with the Seaway's natural bottom. Its engine is said to have failed. 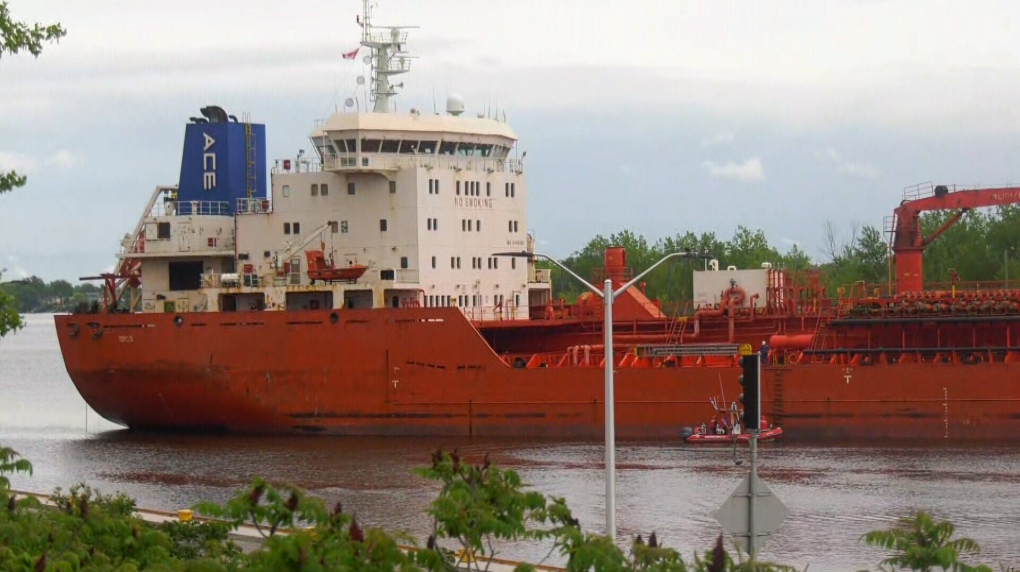 A large chemical boat ran aground during its passage through the St. Lawrence Seaway early Friday morning on May 27, 2022 (Scott Prouse, CTV News)

Details of the ship's contents are not known, but a Seaway spokesperson told CTV the chemicals it was carrying have not spilled.

“There was no ingress of water and no spillage of any pollution into the environment,” said spokesperson Nicolas Poirier-Quesnel.

The ship was heading toward the Great Lakes. All crew members were able to safely disembark.

A new study by climate scientists suggests some 'hot spot regions' around the world contain ecosystems that are at-risk due to water availability.