Creators of the TikTok video that helped rescue a U.S. teen bring feminism to the masses

Creators of the TikTok video that helped rescue a U.S. teen bring feminism to the masses

The feminist sisters from Quebec whose TikTok video went viral were pleasantly shocked to find out their research potentially saved a life: it led to a 16-year-old girl's silent hand signal and her rescue from a would-be abductor.

Marie-Emmanuelle Gennesse got word from a follower of their @the.sisofficial Tiktok channel that a screengrab of her older sister Florence-Olivia's video doing the domestic violence hand signal was in the news.

The person said it was the TikTok video that taught the teenager the gesture she used to alert a motorist who called the cops.

"We were in shock to see that it truly had an impact in someone's real life," said Marie-Emmanuelle, who is pursuing a master's degree in feminism at Concordia University.

The Canadian Women's Foundation created the silent signal -- an open hand, a thumb tucked in, then covered by four fingers -- to help women in distress.

"We were aware of that sign for the past two years, because I am specializing in domestic violence," said Florence-Olivia, who is pursuing a master's degree in feminism at John Hopkin's University.

"When the pandemic started, we realized that for women who are in a situation where there is domestic violence at their home, they're stuck with their abusers there."

The sisters have danced for 18 years and saw how popular TikTok dance videos were. While stuck at home, remote learning during the COVID-19 pandemic, they thought they could "democratize" their academic research and make it accessible to more and younger people by combining dance, music and style to release feminist content.

"What we wanted to do was to make feminism relevant and for people who obviously care about these issues," said Florence-Olivia.

"We saw that there were millions of people seeing dances on TikTok and it was becoming really popular," said Marie-Emmanuelle.

"We were like, you know, that's really nice that dances are so popular, but how can we bring something more meaning?" 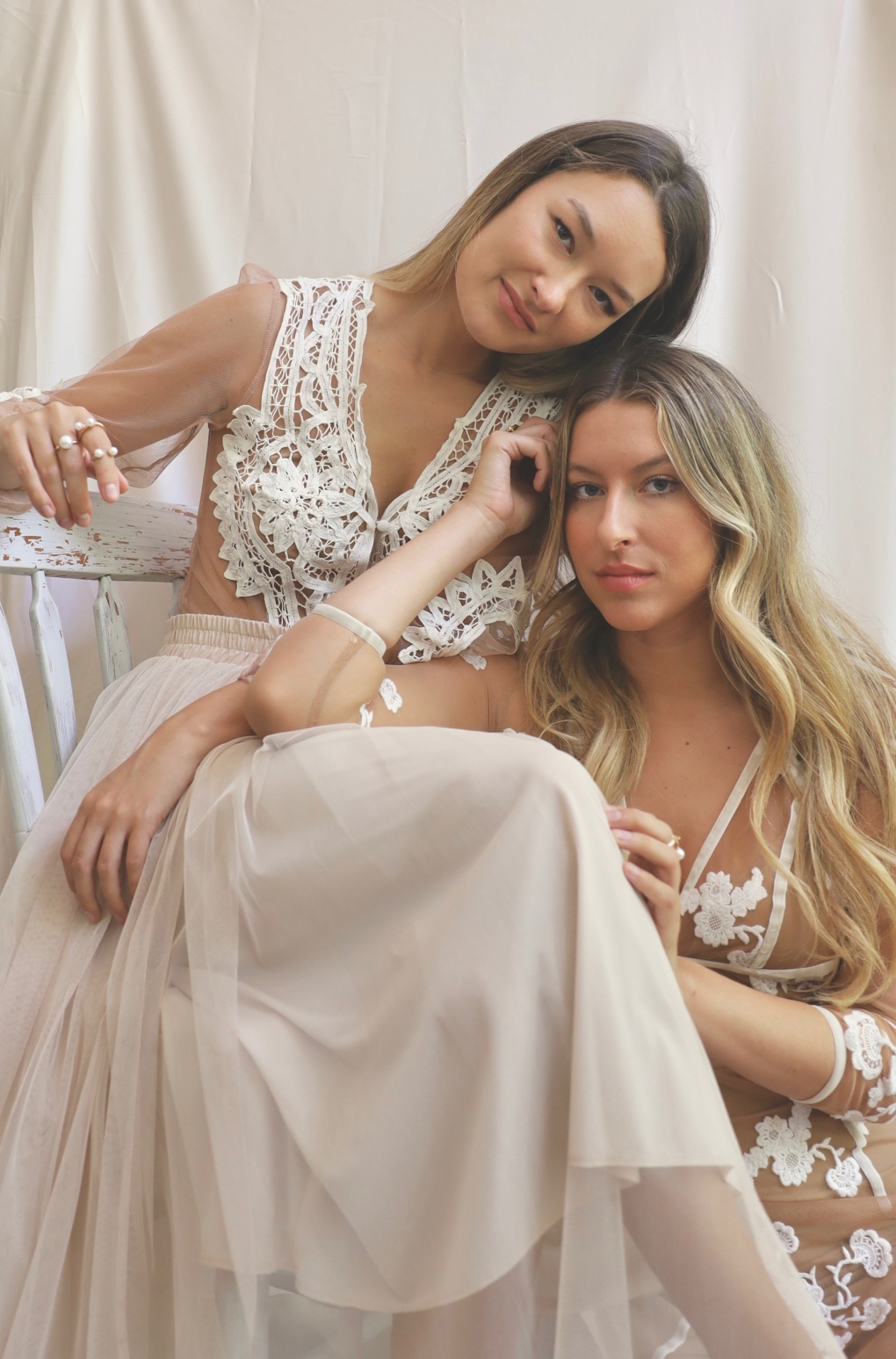 Marie-Emmanuelle and Florence-Olivia Genesse created a TikTok channel to bring feminism out of the academic hallways of higher learning institutions and to a populous wanting creative and important content. SOURCE: @the.sisofficial

Marie-Emmanuelle, left, and Florence-Olivia Genesse created a TikTok channel to bring feminism out of the academic hallways of higher learning institutions and to a populous wanting creative and important content. (SOURCE: @the.sisofficial)

The two started posting feminist messages on their TikTok and Instagram accounts in 2020.

"Anytime someone says gender equality does not exist, answer this," reads a post from April 2020, followed by facts such as "62 million girls around the world are denied education," "4 out of 5 victims of human trafficking are girls" and "In the United States, the average woman will earn 78 cents for every dollar a man earns."

All the while, in the video, the two sisters dance to a hip-hop track.

"We were like, 'Okay, well, there's something there.' There's an interest in learning more on this platform."

Other topics include internalized misogyny, commentary on quotes from former president Donald Trump during the 2020 U.S. Election and acting out various scenes many women may find themselves in going out to a club or working in an office.

The popularity of TikTok has helped the sisters escape the sometimes stuffy halls of academia to bring their work to those who do want to attend seminars or hole up in a library for a weekend.

"We decided to use these trends, but to make them with our personal feminist touch," said Florence-Olivia.

"The academic realm is a little bit elitist sometimes... Behind all these articles and research that we are doing there are real lived experiences, real lives behind that," said Marie-Emmannuelle.

"For us, it's super important to be in touch with these people who are actually experiencing sexual violence or who are experiencing domestic violence at home."

What New Year's resolutions are Canadians making for 2023?

A new survey reveals that Canadians make an average of 1.7 resolutions each year, but 68.6 per cent fail to stick with their resolutions after spending hundreds of dollars on their goals.