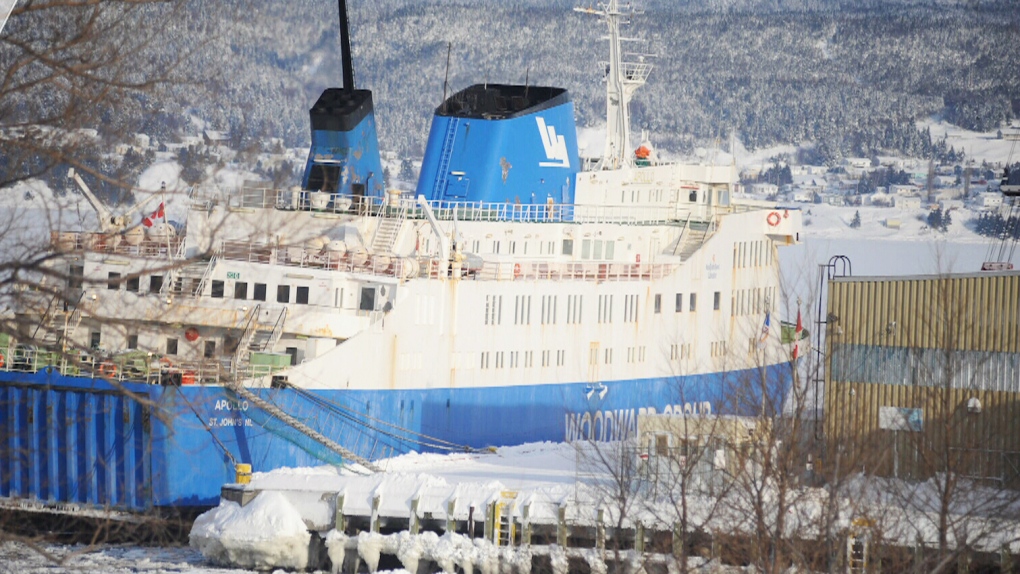 A Transportation Safety Board of Canada investigator says a ferry that has been removed from service in Quebec after two recent collisions was already badly damaged before the accidents.

The MV Apollo, purchased in January to replace a newer ship that had to undergo repairs, collided while docking Sunday in Matane in Quebec's Gaspe region. Three weeks earlier it crashed into the wharf in Godbout, Que. on the opposite side of the St. Lawrence River.

The provincial Crown corporation that oversees ferry service in Quebec announced Tuesday that the MV Apollo will no longer sail because of the risk of further damage and the cost of repairs.

Francois Dumont, a TSB investigator, told The Canadian Press that his inspection of the vessel uncovered damage that was clearly not recent, which raises questions about the ferry's previous life carrying passengers across the Strait of Belle Isle for Labrador Marine Inc.

The Societe des traversiers du Quebec bought the MV Apollo at a cost of $2.1 million to replace the MV F.-A.-Gauthier, which is expected to remain out of service for several months.

Dumont said the TSB investigation will look at the operation of the MV Apollo under its previous owner between northwestern Newfoundland and Quebec's Lower North Shore.

"We're definitely going to look at the fact that it's not damage that's happened recently," Dumont said. "This is long-term deterioration. This boat was clearly unloved, it lacked supervision and maintenance. We are going to dig over the coming weeks to find the reason why this boat was sailing between St. Barbe, N.L. and Blanc Sablon in Quebec. "

He said multiple problems were identified, from the watertightness of the hull to the presence of fire protection and rescue equipment. "There is serious doubt about the seaworthiness of the ship and its level of safety for passengers and crew," he said.

After the collision in Godbout, the vessel returned to service on March 9. The ferry operator had investigated the incident and made repairs. The TSB also inspected at the time but did not detect the additional problems, Dumont said.

Stephane Lafaut, interim president of the Quebec ferry corporation, said the purchase of the MV Apollo was made in good faith. He said it was the only ship available at the time, but he had no reason to question its seaworthiness.

"The ship was operating in Canada at the time of the acquisition," he said. "It was operated by a Canadian company."