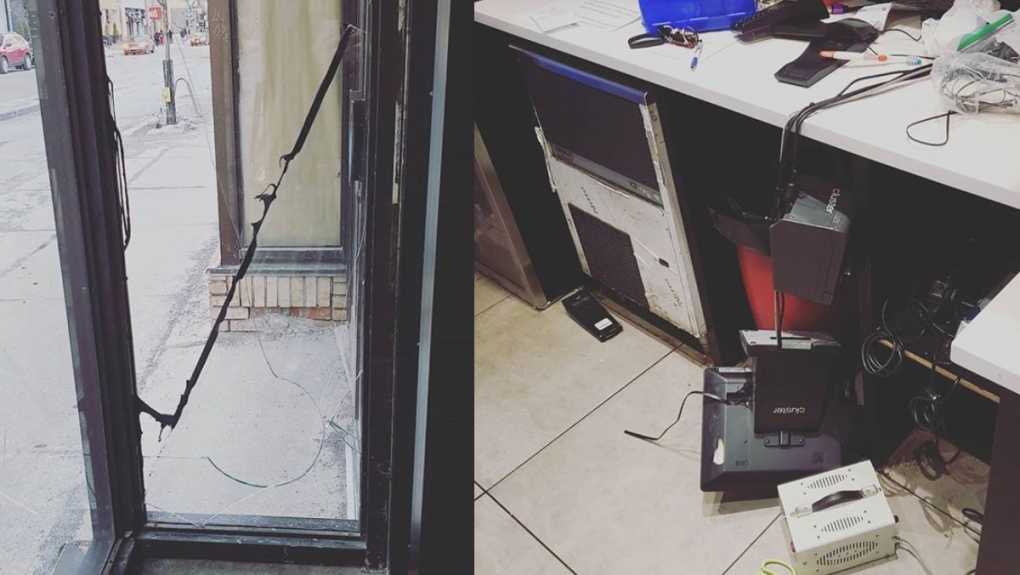 The Korean restaurant GaNaDaRa was robbed twice in the past month, and the Korean consulate in Montreal is advising caution after troubling incidents on the weekend. SOURCE Instagram

MONTREAL -- Members of the Korean community in Montreal are worried after a Korean man was stabbed over the weekend and are expressing concerns about tensions rising towards people of East Asian descent in the city.

The Consulate of South Korea sent out a warning (in Korean) to those of Korean heritage in the city to be cautious and report any incidents to the consulate.

The warning comes as many people of East Asian descent around the world have reported incidents of racism and discrimination since the COVID-19 epidemic began.

Michelle Kim has lived in Montreal with her family for three years. She and her neighbours are living with a growing fear and do not want to leave their homes.

“Such a crime became a more scary thing for the Korean community in Montreal than the coronavirus itself, which is less likely to take our lives,” she said.

The consulate and Kim are referring to a 44-year-old man being stabbed on Decarie Blvd. Sunday outside of a grocery store.

SPVM spokesperson Caroline Chevrefils said the police are investigating the crime, but police is not aware of any racial motives behind the stabbings.

Jihae Sohn, however, said in a Facebook post that she spoke to the victim, who feels the attack may have been racially motivated.

Since posting, Sohn said she has received messages of support from Montrealers and other Koreans.

GaNaDaRa restaurant posted a picture on its Instagram account showing a smashed window adding that the establishment has been robbed twice in the last month.

Though it is unclear whether the break-and-enter was racially motivated, others in the community are concerned that it may have been.

The overall feeling in the community is one of anxiety and stress.

"It's very worrisome, and most of us have been living in Montreal for our whole lives, so it's difficult to accept and comprehend the situation," said a Korean Montrealer who wished to remain anonymous. "Our community is worried and afraid for our safety."

Now is the time to work together, Montreal Mayor Valerie Plante said at an afternoon press conference. Hateful acts, angry comments and racism only serve to divide the community, she said, at a time when we need to stay united.

"Ultimately, the virus is not connected to any specific community," Plante declared. "I don't think we can target. I don't think it would be relevant. I'm really asking people to very be cautious of their actions, their words, what they're writing online on social media that is absolutely not helpful at this point. We're all in this together and it's not about your race or gender or the language you talk."