COVID-19 in Quebec: Differences in data from first wave to second 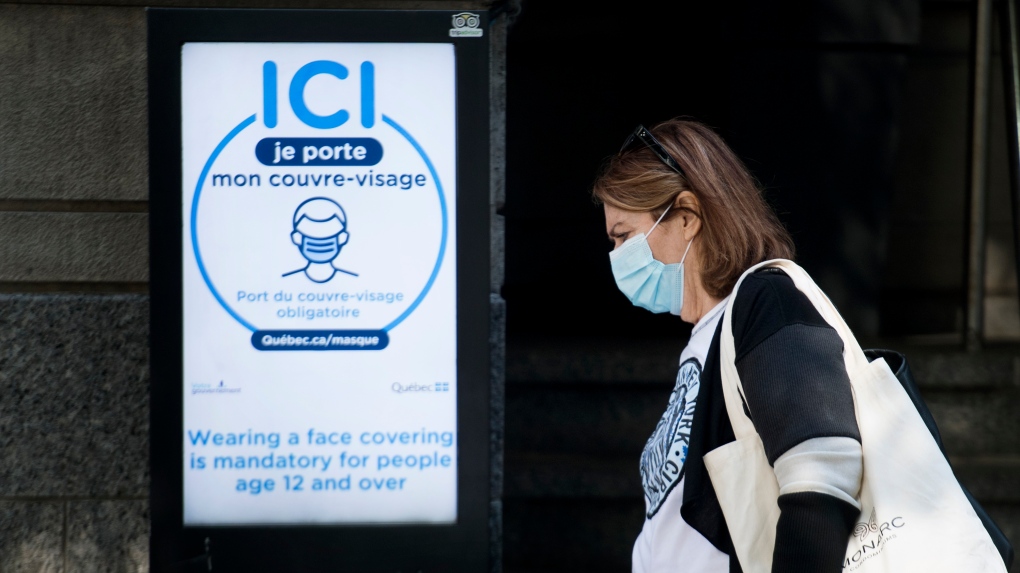 A woman wears a face mask as she walks by a sign advising people on the mandatory wearing of face coverings in Montreal, Monday, September 21, 2020, as the COVID-19 pandemic continues in Canada and around the world. THE CANADIAN PRESS/Graham Hughes

MONTREAL -- The most recent data on COVID-19 in Quebec shows that seniors remain the biggest victims of the disease, even if they are proportionally less impacted during the second wave than they were during the first.

A compilation of data by the provincial health institute (INSPQ) indicates that Quebecers aged 60 and up constitute 29.7 per cent of the province’s confirmed cases of COVID-19, but 98.7 per cent of its deaths related to the disease.

Unsurprisingly, the most recent statistics show that 86.7 per cent of those admitted to hospital because of the coronavirus in Quebec were aged 60 and up. Those aged between 60 and 69 made up more than one-third of the province’s intensive care unit admissions.

A comparison of the data between the first and second wave of the health crisis shows a significant difference in the ages of confirmed cases.

The most significant statistical difference between the first and second wave of COVID-19 resides, without a doubt, in the number of deaths the province is reporting over a 24-hour period.

The INSPQ has illustrated this gap by pointing out that the worst single-day death toll from the first wave was 152 on April 29, whereas until this week, the highest single-day toll during the second wave has been 13 (on Sept. 30).

A difference among victims aged 90 and over was also observed – with 1,361 deaths among women and 630 among men.

Though the pandemic has so far sent about as many men as women to hospital, 63.3 per cent of those requiring intensive care have been men, compared to 36.7 per cent women.

This report by The Canadian Press was first published Oct. 13, 2020.