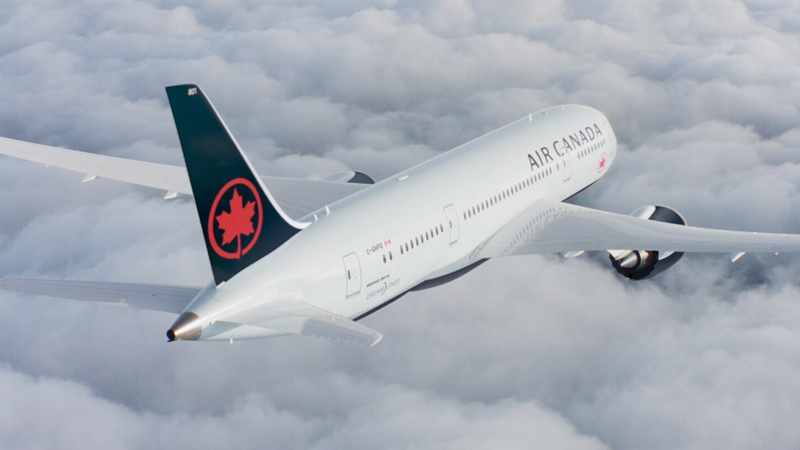 A court ruled a Quebec father who flew to Europe to visit a new girlfriend could not quarantine with his kids after returning home.

MONTREAL -- A Quebec father who left to visit his new girlfriend abroad in the midst of the pandemic will not be able to spend his quarantine with his children upon his return and disrupt their schedule, a judge has just ruled.

The man has joint custody of his two children every other week.

He met a woman, who lives in Europe, after his separation and has visited her several times since the beginning of the COVID-19 health crisis, for periods ranging from eight days to three weeks.

At the outset, Superior Court Justice Bernard Synnott emphasized that this was not "essential travel" and that the father had chosen to make these trips even though the Canadian government had advised against them.

The father made asked the court to, upon his return to the country, spend the rest of his quarantine with his two children while respecting the sanitary instructions. He will have already spent three days isolated in a hotel and will have been tested, he assured the court.

For him, the situation is no worse than that of a health-care worker who returns to his family on a daily basis, Judge Synnott reported in his late April decision, a statement that raised his eyebrows.

"Such a comparison to essential workers is perplexing and short on words," wrote Justice Synnott. "He is deliberately choosing to contravene the clear recommendations of the Government of Canada. Health-care workers have no choice."

The father complains that their mother refuses to take back the time he lost without his children, "because he chose to go visit his friend" in Europe, the judge pointed out.

In other words, he would like the mother to adjust to accomoate the father without consulting her. He would therefore dictate the custody schedule according to his travels.

For the judge, the answer was simple "no."

While the court is generally open to accommodation, it is of the view that the limits have been reached here.

In Justice Synnott's view, it would be contrary to the best interests of the children if their schedules were to be disrupted by a parent voluntarily quarantining himself or herself after returning from a non-essential trip and contrary to the instructions of the Canadian government.

It is up to the parent to make choices, but these choices will not be dictated to all the other members of the family, the judge ruled. He or she will miss out on great opportunities to see their children, and that is by his or her own decision.