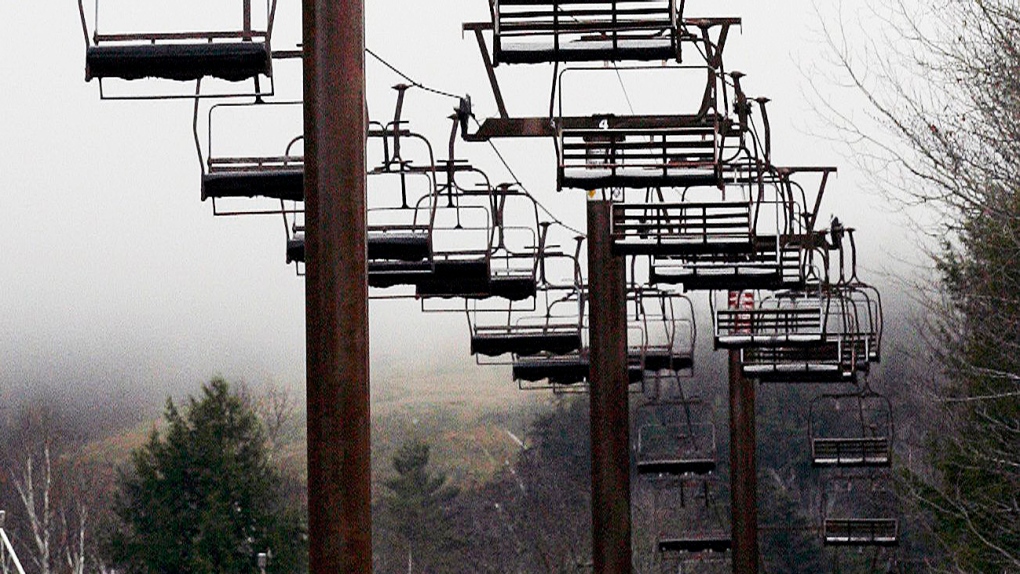 A biker who tried to climb down off a chairlift and fell was awarded just under $200,000 by the Quebec Superior Court.

Quebec Superior Court Judge Francois Toth has ordered Ski Bromont to pay a mountain biker just under $200,000 for injuries he sustained in the summer of 2014.

According to Toth's Sept. 20 ruling, Vincent Jauvin wanted to take one last ride on the mountain and took the final chairlift ascent Aug. 7, 2014 at around 6:30 p.m. when the chair stopped 10 metres above a dirt road. Jauvin, 23 at the time, waited for around 15 minutes, and knowing that the lift did not reopen until around 10 a.m. the next morning decided to attempt to climb to a pylon about 10 metres away on the twisted steel cable.

With no water, food, warm clothes, watch or phone, waiting would have meant exposure to the elements and possible hypothermia.

"Given his climbing skills, he knows he can cross the 10 metres that separates him from the pylon," the ruling reads.

While climbing, Jauvin saw three hikers that he alterted to his situation asking them to call 911, which they did.

He lost his grip about a metre from the pylon, fell, and was knocked unconscious.

Jauvin sued Ski Bromont for $198,545 arguing that agents forgot he was on the lift.

The company argued Jauvin was at fault for attempting to perform the dangerous maneuver, and if he had waited before attempting the maneuver, he would have been rescued by the hikers, the ruling reads.

"Ski Bromont failed in its obligation to ensure that the rider mounted on a chair of the ski lift arrived at the landing stage so he could get off," the ruling reads. "Clearly there was a communication error between the boarding attendant and the loading dock."