Couillard calls on Quebecers to treat asylum seekers with respect 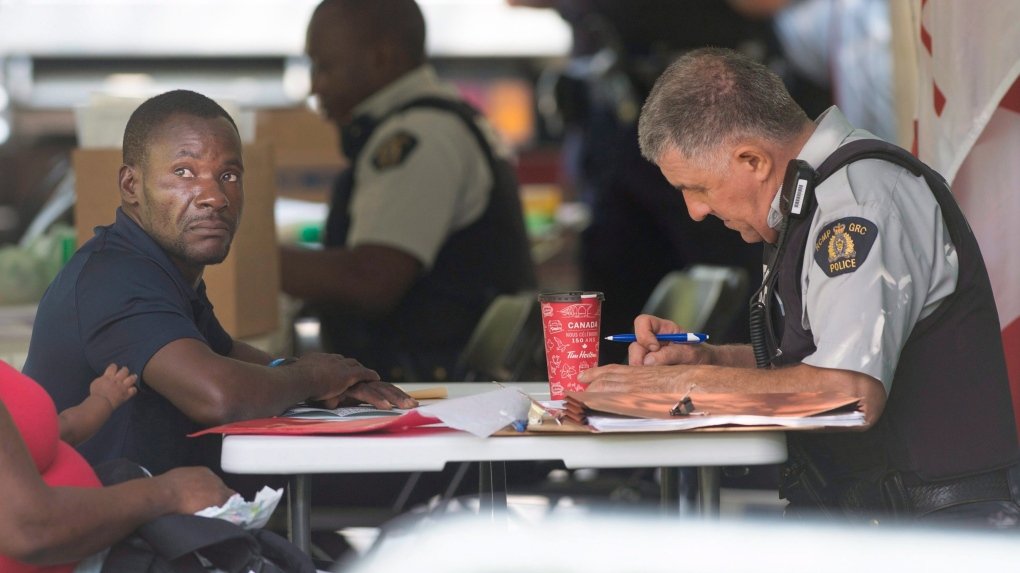 An asylum seeker is processed by RCMP officers after crossing the border into Canada from Champlain, N.Y., in Hemmingford, Que., Friday, August 4, 2017. (Ryan Remiorz / THE CANADIAN PRESS)

Premier Philippe Couillard is calling on Quebecers to be respectful and compassionate with regards to the influx of asylum seekers arriving in Quebec this summer.

In a post on social media, Couillard said the people crossing the border are "asylum seekers, and they are not 'migrants' or 'illegal immigrants.'"

He said they are being handled according to federal law, with the assistance of Quebec officials.

The Premier made a point of saying that asylum seekers are not skipping the line or taking advantage of the law.

"It is false to pretend that accepting a refugee pushes back an immigrant waiting to arrive according to other procedures," wrote Couillard.

Couillard also said that there was no risk to Quebecers because every border-crosser, no matter how they arrive, was subject to background and identity checks.

That said, there is no guarantee that asylum seekers will be allowed to remain in Canada.

"It is sad that these vulnerable people have been convinced that being admitted as a refugee to Canada and to Quebec is simple, or even automatic. It is nothing of the sort," wrote Couillard.

To date several thousand people have crossed the border from the United States into Canada, with several hundred arriving each day.

Many of those of Haitian origin have been living in the U.S. under a program created in the wake of the 2010 earthquake that is scheduled to expire in 2018.

Canada created a similar visa classification for Haitians, but that program was ended in 2016.