COP15 road closures, parking, and public transit: What you need to know

COP15 road closures, parking, and public transit: What you need to know

The fences are up, the flights are booked, and the programs are set – Montreal will host thousands of people attending and presenting at the upcoming COP15 biodiversity conference at the Palais des Congres.

“The event will bring as many as 12,000 participants,” said city spokesperson Philippe Sabourin, adding the event is expected to bring in $85 million in attendant spending.

Decision makers from around the world will be in Montreal, hoping to reach an agreement to protect endangered species.

Jay Ritchlin of the David Suzuki Foundation says he wants to hear real solutions presented at the conference.

“I think the big question here is ‘are we going to get that kind of commitment on a global scale to actually halt and reverse biodiversity loss, nature loss?’” he said.

“That ‘halt’ part, the ‘halt and reverse’, that’s really one of those key things that we’ve got to try and get, and there are a lot of countries pushing for it,” he said.

Some groups have threatened to disrupt the meetings. Environmental activists have publically raised doubts about the convictions of governments, saying they created the problems, and can’t be trusted to fix them.

“The David Suzuki Foundation is fully supportive of people who want to get out in the streets and make their voices heard,” said Ritchlin. “Of course, no one condones violence, and to be honest, I think that’s a very small part of any of these protests.”

Montreal police will be out in huge numbers, along with officers from the Surete du Quebec and the RCMP. The city is also limiting traffic near the convention centre.

“We’re doing everything in order to secure the area because we don’t want to have negative impacts coming from the protesters,” said Sabourin. “As long as they protest peacefully, it’s fine to do so .”

The fence and temporary road closures could make for navigational headaches for commuters and tourists in the area.

Here’s what you need to know to get around: 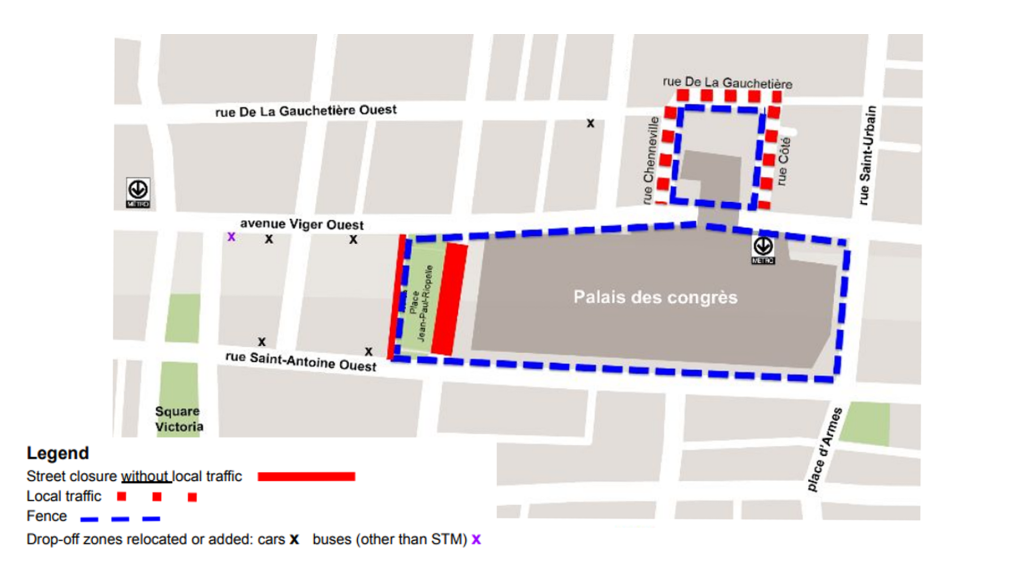 The fence will reduce thoroughfare to one lane on the following streets:

As of Dec. 1, the Palais des congres parking lot will only be open to authorized vehicles.

The Place-d’Armes metro station closed on Dec. 1 and will remain shut until Dec. 20. Trains will run between the two neighbouring stations, Champ-de-Mars and Square-Victoria-OACI without stopping at Place-d’Armes.

Busses will also be avoiding the area. The red line in the map below indicated the no-go zone. 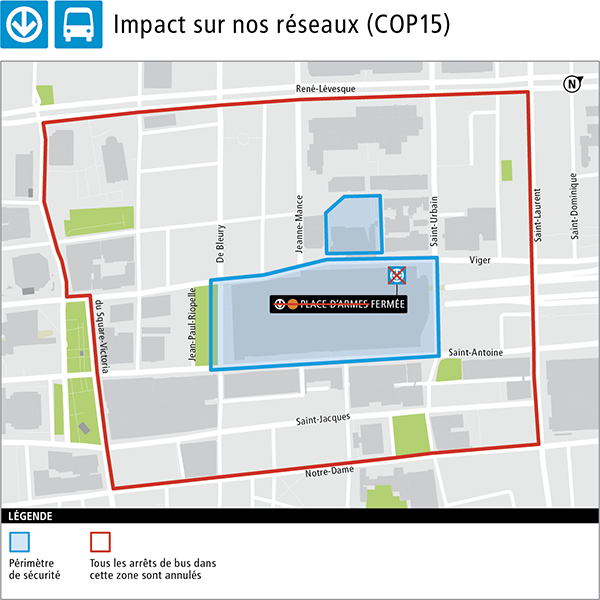 A detailed rundown of the affected routes and schedules is available here.

Cyclists will have access to the REV between Viger Ave. and Saint-Antoine St.

An assistant nursing professor at the University of New Brunswick says there is a crisis-level shortage of sexual assault nurse examiners in the country.