Cooler air blows in for Thanksgiving weekend in Montreal

Cooler air blows in for Thanksgiving weekend in Montreal 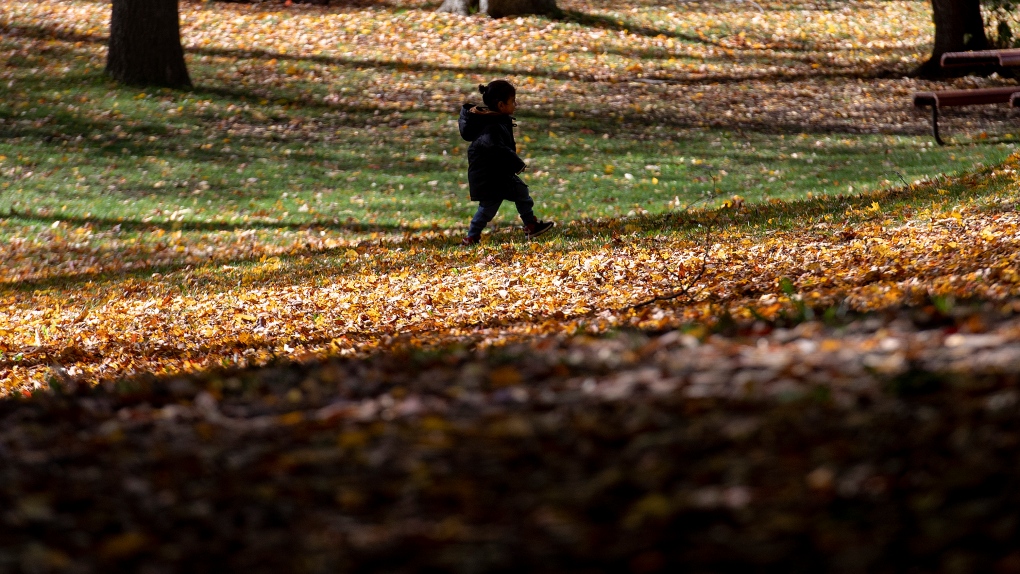 A child walks amongst fallen leaves on Mount Royal on a mild fall day in Montreal, Sunday, Oct. 17, 2021. THE CANADIAN PRESS/Graham Hughes

After an eight-day stretch of sunny, dry weather, Southwestern Quebec is preparing for a pattern change heading into the Thanksgiving weekend.

A cold front approaching from the Ontario will cool temperatures for the long weekend and parts of the province could even see light snow.

Ahead of that cold front, temperatures have gradually been warming this week in Montreal. Despite the frosty mornings earlier in the week, daytime highs have been on the rise.

The city hit a high of 20 degrees Celsius on Wednesday, and the daytime high for Thursday is expected to be slightly warmer at 22 C, which is 7 degrees above the seasonal norm. 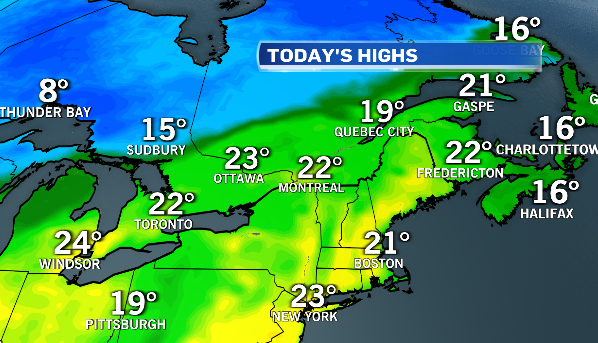 The cold front will gradually bring an increase in clouds through the day on Thursday and Montreal is expecting a few spotty showers late Thursday night. Friday will feature scattered showers through the morning and as conditions dry out into the afternoon, winds will shift to the west and temperatures will begin to drop. 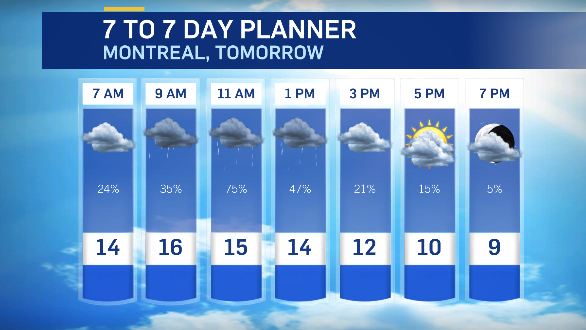 As colder air wraps in behind the cold front, areas further north, like Val d’Or, could see a couple of centimetres of light snow on Friday. 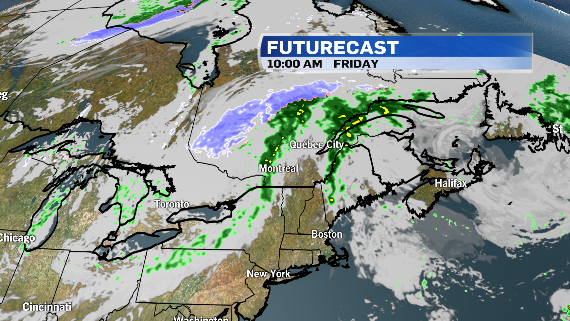 Daytime highs through the weekend will be below average. Although most of the holiday weekend will be dry, there will be the risk of wet weather Saturday night into Sunday morning. 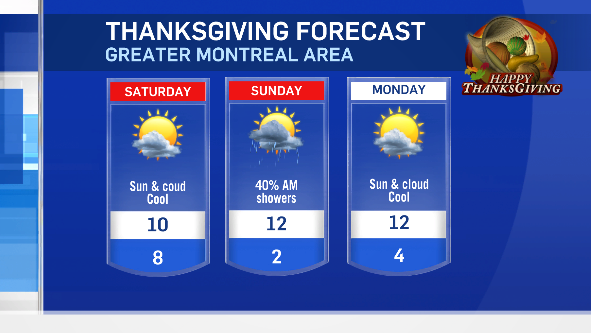 After a brief cool down for the weekend, temperatures are expected to climb once again through the middle of next week. 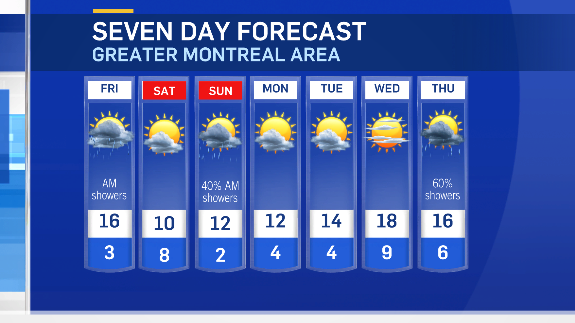