Construction closures for weekend of Aug. 16 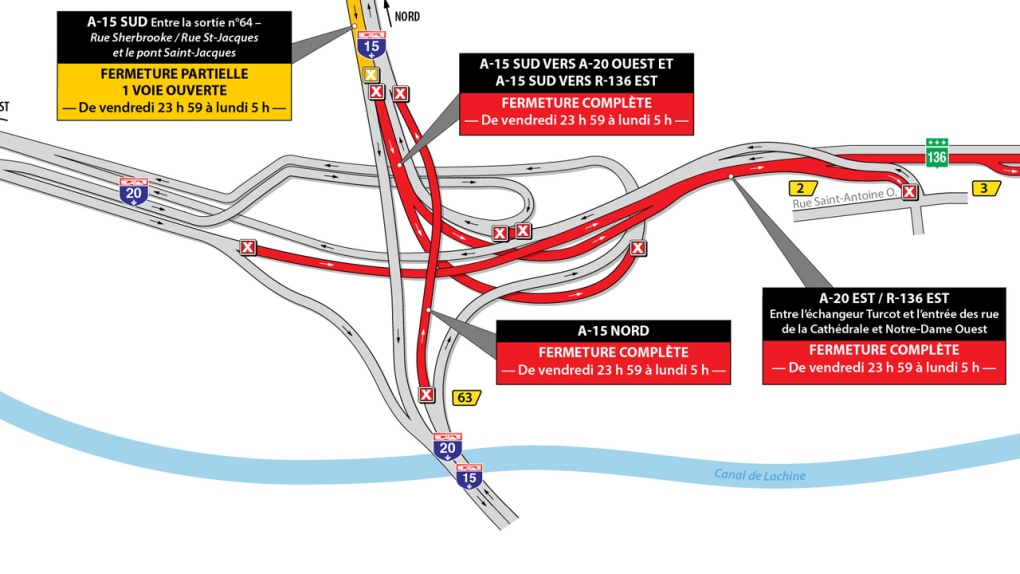 Parts of the Turcot are closed the weekend of Aug. 16

Here's the list of roads and highways closed in and around Montreal for the weekend of Aug. 16, 2019.

Only one lane will be open on Decarie Expressway between the Sherbrooke St. exit and the St. Jacques St. Bridge.

The first entrance to Highway 720 East will be at Cathedrale/Notre Dame. 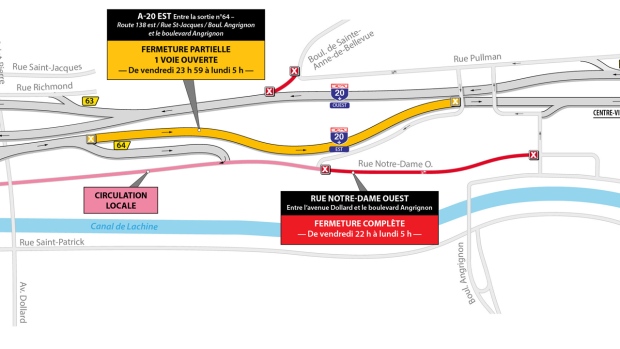 From midnight Friday Aug. 16 until 5 a.m. Monday, Aug. 19, only one lane will be open on Highway 20 East between Exit 64 (Angrignon) and the Pullman St. Entrance.

Notre Dame St. West will be closed between Exit 64 and Angrignon Blvd.

One of the onramps to the bridge toward Montreal will be closed, as will an offramp.

At the same time the ramp toward De Lorimier Ave. South will be closed.

Planned work on the bridge this weekend has been cancelled.

Highway 13 will be closed in both directions the night of Aug. 16. from 11 p.m. Friday until 9 a.m. Saturday as crews work on the Louis Bisson Bridge.

The northbound lanes will be closed from Exit 6 (Highway 40) until the entrance from Samson Blvd.

Southbound lanes will be closed at Exit 15 (Highway 440)and the entrance from Henri Bourassa Blvd.