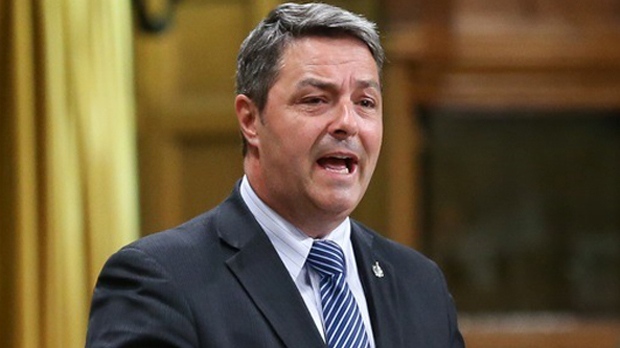 Conservative MP Joel Godin talks in the House of Commons

The MP for the Quebec riding of Portneuf-Jacques Cartier, Joel Godin, reports his professional Facebook page has been taken over by hackers.

On Monday, a photo of shelves containing dozens of handbags appeared when you had access to the Conservative member's page. Words in a foreign language were also written.

In a message added later in the day, Godin explained that he was gradually regaining the necessary access, but that he was not yet able to hold discussions on Facebook. He had removed several photographs and videos.

He asked citizens to contact him by phone or email.

In a statement, Godin said that this situation adds to the importance of securing the various online platforms that are evolving rapidly and are part of everyone's daily life, however, he specified that the takeover of his Facebook page did not affect his personal data.

Godin added that he regrets the hacking occurred shortly before the start of the federal election campaign, and hopes it does not happen to anyone else.

Godin has been MP for Portneuf-Jacques Cartier since 2015.