MONTREAL -- A group of Concordia University students had visions of driving to California's iconic Big Sur, but the COVID-19 pandemic hit and their dreams were put on hold.

However, the students built the camper of their dreams for such trips and now there's a line up for those waiting to buy the Nav Camper.

"The idea came from a California trip that we had last March. So we built a van," said vice president Jordan Bernier.

The original prototype was a bit small, so they pooled their money and bought a vehicle and learned how to trick it out.

The group is bringing in Concordia engineering students to assist in the design, and they say the van's cabin electrical system can run autonomously on solar power.

That, however, is without using the motor.

The custom work inside includes a removable table that can form a double bed, a shower and a kitchen top.

"We have to think about everything to make it light, to make it durable," said Bernier.

"Everything has angles, and it goes on the road also. So we have to build it accordingly," said Maltais. 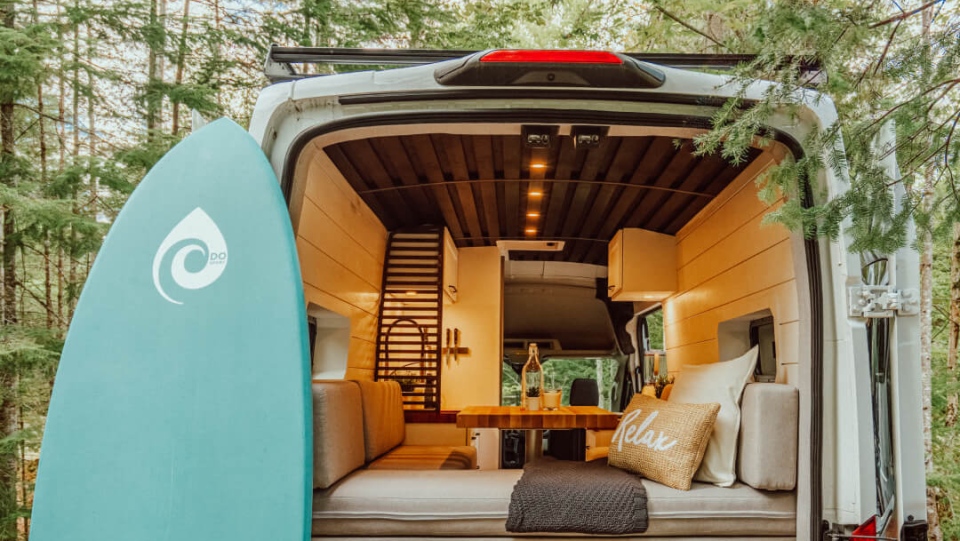 Most of their clients are outdoor enthusiasts, so storage is important.

The company is fully booked with orders until July, and it takes about three months to fully each van.

"The idea is about maximization of space, and having the freedom to go wherever you want in this type of vehicle," said technician Juan Garcia.

The cost of a fully kitted out camper van is about $160,000, but the makers say that it is no seasonal RV, but one that can be used in the winter.