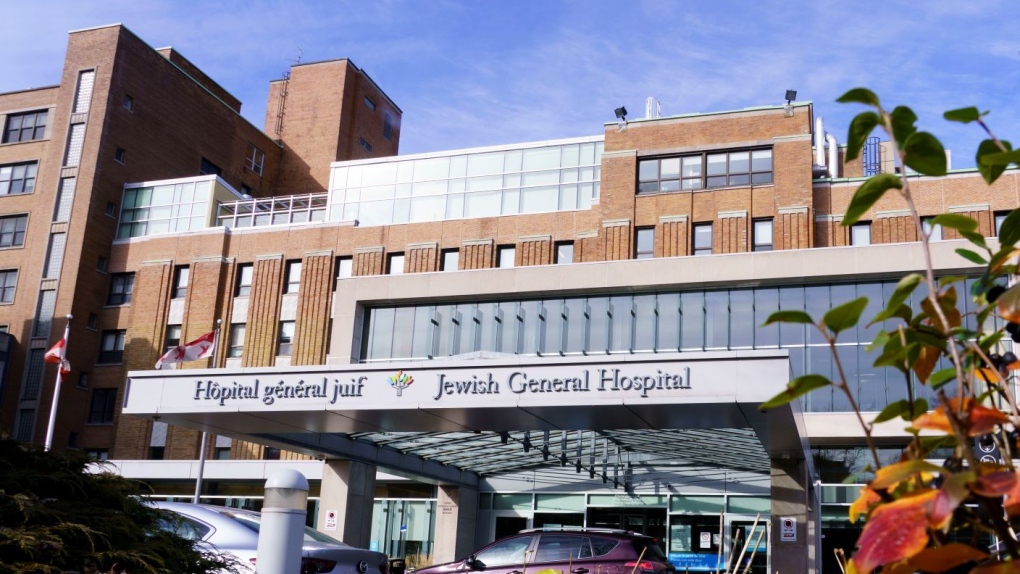 The Montreal Jewish Hospital is seen in Montreal, on Friday, October 30, 2020. A lab worker at the hospital was recently told to remove posts, including a swastika over the Quebec flag, from her Facebook account. THE CANADIAN PRESS/Paul Chiasson

MONTREAL -- WARNING: This article contains images that might be offensive to some readers.

A lab technician who works at the Jewish General Hospital in Montreal has been told by her employer to remove posts from her social media account that included swastikas covering the Quebec flag and one that compared Premier François Legault to Adolf Hitler, CTV News has learned.

In an Aug. 11 post on her Facebook account, the worker shared a photo of the Quebec premier’s head photoshopped on the body of the uniformed Nazi leader under the text “Führer Lego” and in French “the people say no” to the “Nazi passport.”

The meme, which targets the province’s new vaccine passport that is set to launch next week, also depicts the premier as giving the Hitler salute.

On Aug. 10, she uploaded a photo of the Quebec flag, but with a white swastika placed in the centre of it. On Wednesday, the day before CTV began making inquiries about her social media posts, she replaced the swastika photo as her background photo to a new one that showed a sculpture’s buttocks and in her profile photo, the text “kiss my ass.”

The woman is a lab technician at a facility inside the Jewish General Hospital, but run by the McGill University Health Centre. Both her union and her employer denounced her social media posts in statements to CTV.

“The McGill University Health Centre (MUHC) strongly condemns the social media posts by one of our employees. These posts are completely inappropriate and go against the morals and values of the MUHC,” wrote spokesperson Fabienne Landry.

“We will be immediately taking all appropriate measures with this person, and will demand the immediate removal of these posts from the employee’s social media account.” 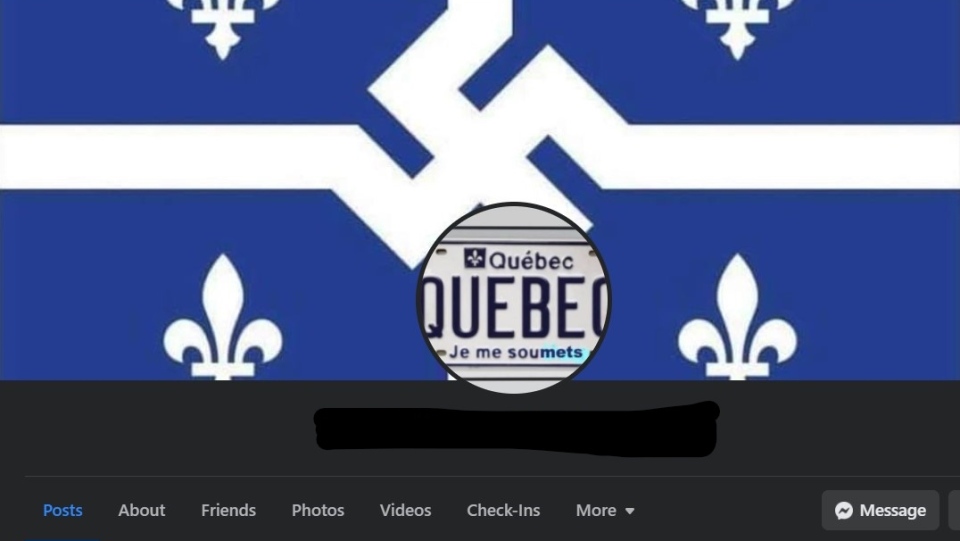 The woman's Facebook cover photo, which has since been deleted, showed a swastika over the Quebec flag. (Source: Facebook) 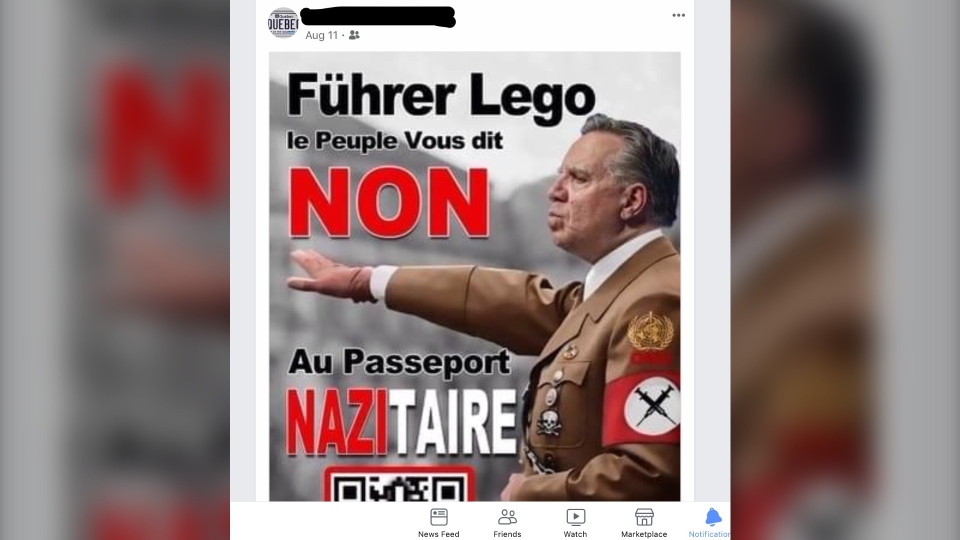 Other posts on her account poked fun at mask-wearing guidelines while another included a screenshot of a tweet that said “A shocking number of people went from ‘I’ll punch a Nazi’ to ‘show me your papers.’”

The Alliance du personnel professionnel et technique de la santé et des services sociaux (APTS), which represents more than 60,000 technicians and professionals working in the health and social services system, said the worker is a member of its union but her actions “are her responsibility alone.”

“The APTS strongly opposes any statement or action that arouses hatred against anyone on the basis of their ethnic origin, gender or sexual identity, or political opinions,” said union spokesperson Camille Godbout in a statement.

“While criticisms of the Legault government’s management of the pandemic can be legitimate, it is unacceptable to compare it to Adolf Hitler’s Nazi regime, which committed unspeakable atrocities and caused the death of millions of people because of their ethnic origin, their religion, their sexual orientation or their politics.”

The appropriation of Nazi imagery has been a recurring issue among some people who are opposed to Quebec’s response to the pandemic, and, in particular, the vaccine passport.

During a protest on Aug. 17 outside a Laval gym where the new vaccine passport was being tested ahead of the Sept. 1 launch, several protesters wore yellow stars shouting “I am free” in French.

The Centre for Israel and Jewish Affairs also said drawing parallels between the vaccine passport and the Holocaust is “deeply offensive to those who were forced to wear the yellow star and suffer untold horrors and persecution.”