Compensation comes for drivers stranded in Highway 13 blizzard in 2017 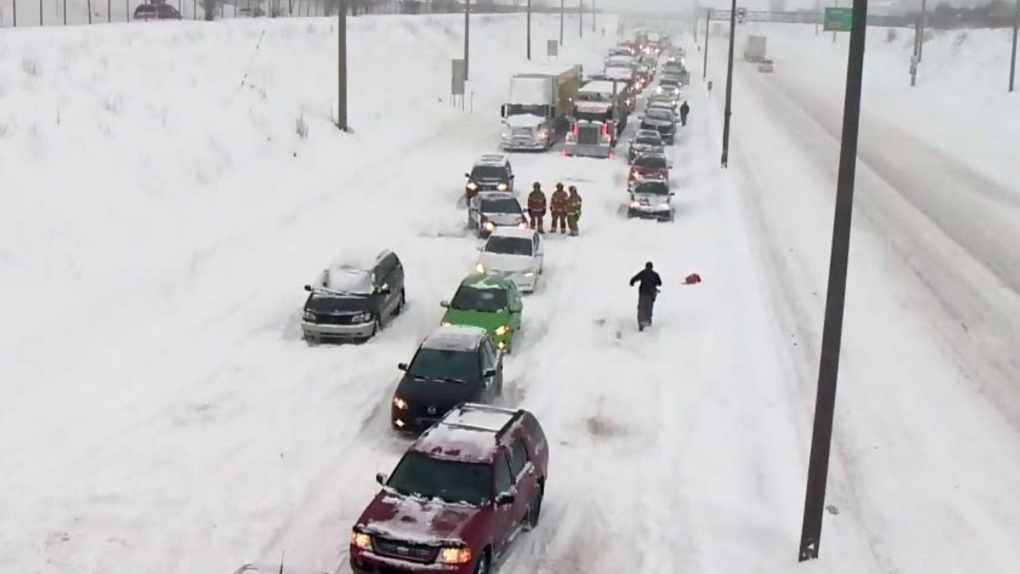 Hundreds of drivers were stranded in their cars on Highway 13 in Montreal in March 2017.

MONTREAL -- The people who were stuck on Highway 13 during the massive snowstorm three years ago are beginning to receive their compensation cheques.

Plaintiff Marlene Berman said she received her cheque on Monday for more than $800. The compensation comes after she spent 11 hours stranded on the Montreal-area highway back in March 2017. Berman was one of hundreds of drivers stranded when several trucks crashed during a blizzard. During multiple conference calls emergency officials said the highway was closed, but nobody ever said that drivers were stranded in their vehicles.

The compensation varies from $350 to $1,375 depending on how long each claimant was stuck on the highway. About 2,500 people were expected to make claims.

"It was never and issue of money, it was always an issue of principle," said Berman. "The money's nice, it sure is wonderful to know that we've been compensated for the inconvenience, but this should never have happened in the first place. It's unacceptable."

The compensation cheques are subject to taxes and lawyers fees.

Berman said a portion of her cheque will be donated to charity.