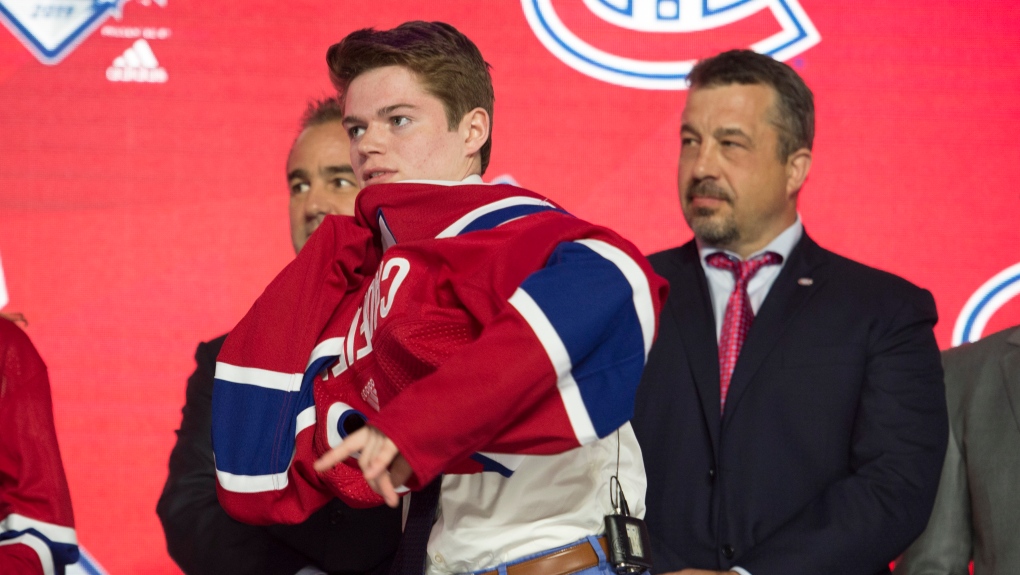 MONTREAL -- Habs fans are getting their wish, as Cole Caufield is set to make his NHL debut in Monday night's game against the Calgary Flames.

Caufield's insertion into the lineup has been long awaited as the highly touted prospect has been a goal-scoring machine at every level. With the Habs in the midst of some mighty offensive struggles, the hope is the dimunitive forward can generate some excitement.

The 20-year-old was drafted 15th overall in the 2019 NHL draft, but many have attributed that to many teams being wary of his small stature – he stands only 5'7 and weighs 162 lbs.

Despite being small, he packs a big punch, with an elite-level shot. This year, he tore up at the college level, scoring 30 goals and 22 assists in 31 games for the University of Wisconsin. He made an auspicious professional debut with the Laval Rocket, scoring two goals and an assist. He added another goal the next game before getting called up to the Canadien's taxi squad.