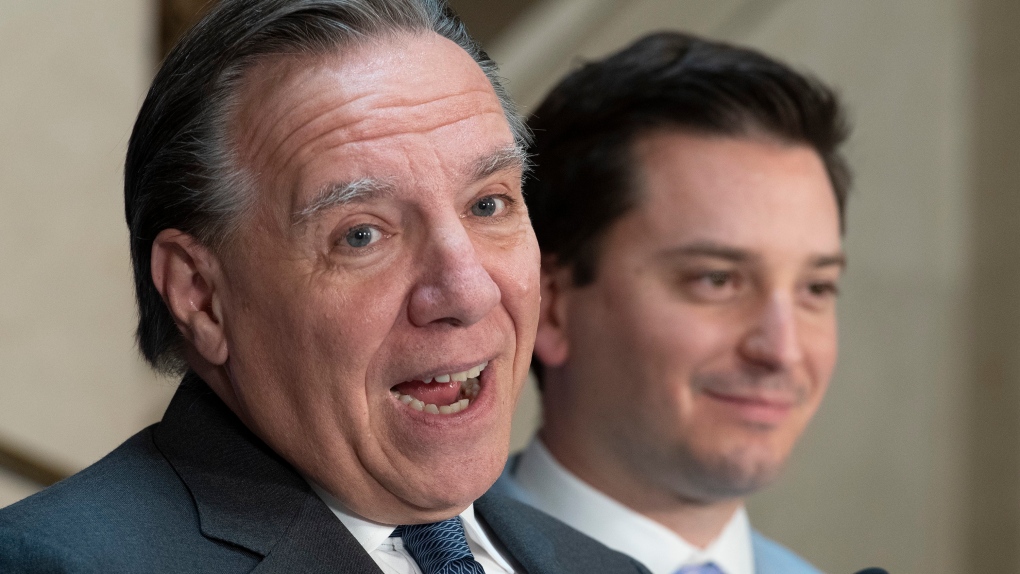 Quebec Premier Francois Legault speaks during a end of session wrap up news conference, Friday, June 14, 2019 at his office in Quebec City. THE CANADIAN PRESS/Jacques Boissinot

Coalition Avenir Quebec’s youth wing will gather at Sherbrooke’s Bishop’s University on Saturday for their first conference since the party’s election victory.

Outgoing president Kevin Paquette said the conference will be used to push the Francois Legault administration to have a long-term vision beyond re-election.

“We, as the youth wing of the ruling party, want to push our political party to make decisions bearing in mind the impact of its political actions on us young people, our children and our grandchildren,” he said.

The youth wing, which is made up of activists between the ages of 16 and 30, will encourage elected officials to “look beyond four-year horizons,” he added.

Among the topics that won’t be under heavy discussion is climate change, which is not mentioned in any of the proposed resolutions that will be voted on. Paquette said that while climate change is important to young CAQ members, the topic was the focus of at the CAQ General Council meeting held last May in Montreal.

“Last May, we had a council meeting where all the members of the CAQ met in Montreal and we spoke exclusively about the environment, the fight against climate change, the green economy and sustainable development,” said Paquette. “We had about thirty proposals that had been adopted exclusively on the theme of the environment, both in terms of the use of hydroelectric resources and the use of single-use plastics… The youth wing of the party played a major role in brainstorming ideas related to the environment, which is why we wanted to adopt resolutions on other topics at this congress.”

Among the resolutions that will be voted on is one that would push the Legault government to allow the creation of student rooms within seniors’ residences, which Paquette said would reduce the isolation of seniors while encouraging young people to volunteer in exchange for low-cost rent.

The youth wing will also vote on resolutions pushing the administration to be more politically and economically independent from the rest of Canada and to sound an alarm over the costs of the healthcare system.

Legault will address the gathering on Sunday.