As recovery efforts get underway, hundreds of homes are still without power in the Laurentians after a tornado flattened trees and destroyed homes Saturday.

"It was scary. It was dark," said Yvon Sigouin on Monday as he cleaned up his property in St-Adolphe-d'Howard, about 100 kilometres northwest of Montreal, where the tornado hit.

The storm tore down trees steps away from Sigouin's house, destroying the gazebo he put up just two weeks ago.

The trees collapsed on his power supply, making him one of 3,000 residents without electricity after Saturday's storm. 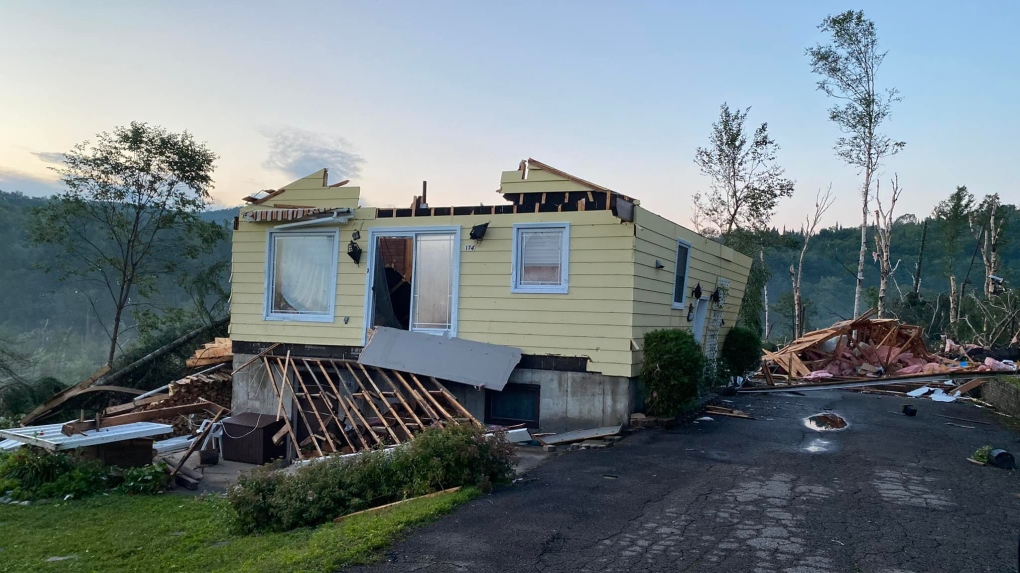 A house's roof was one of the many things destroyed during the tornado that hit St. Adolphe d'Howard on Saturday July 24, 2022. SOURCE: Info du Nord Sainte-Agathe

Teams of workers have worked long hours to clean up in the tornado's path.

As of midday Monday, 665 clients were still without electricity as a result of the storm, said Hydro-Quebec spokesperson Marie-Annick Gariepy.

Hydro workers set up roadblocks to repair fallen lines and hope to have everyone connected in the coming days.

'I don't see this getting better': Gas prices in Ontario expected to keep climbing

Drivers should fill up their tanks Tuesday as gas prices in Ontario are forecast to rise in the next few days, with one industry analyst warning that more hikes could be coming.