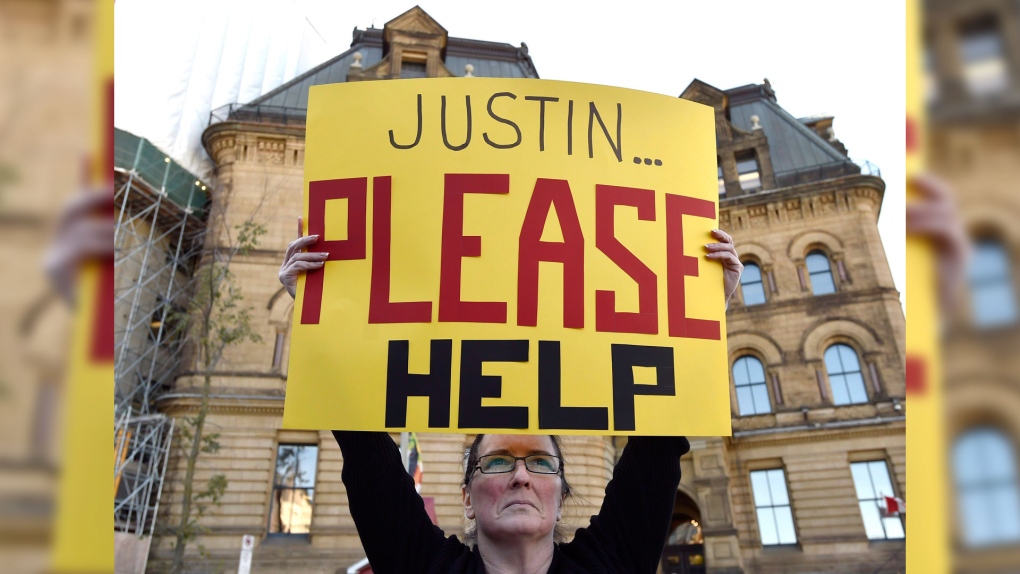 A public servant holds a sign imploring Prime Minister Justin Trudeau to resolve problems with the Phoenix pay system, during a protest outside the Office of the Prime Minister and Privy Council in Ottawa on Thursday, Oct. 12, 2017. THE CANADIAN PRESS/Justin Tang

MONTREAL -- A Quebec City law firm has filed an application for leave to appeal to the Supreme Court of Canada to have more federal civil servants included in a class-action lawsuit against the federal government over the faulty Phoenix pay system.

The system, which was implemented in the federal public service in February 2016, has experienced countless failures since its launch. Many federal government employees have not been paid for long periods of time, have been paid less than expected or have been overpaid since the Phoenix system was implemented.

In April 2018, a Quebec Superior Court judge authorized a class-action seeking to compensate victims of the Phoenix fiasco.

Last Thursday, the law firm Saraïlis filed an application for leave to appeal to the Supreme Court of Canada in hopes of enlarging the group covered by the class-action to include non-unionized federal public servants who do not have access to a separate grievance process (as their unionized counterparts do).

Quebec's Court of Appeal, the province's top court, had rejected an earlier request by the firm to broaden the class-action to include the non-unionized federal workers not currently covered by the lawsuit.

The class-action is seeking a base amount of $500 per worker affected by the Phoenix problems. As many as 70,000 workers are believed to have had their pay affected by issues with the Phoenix system.

This report by The Canadian Press was first published Jan. 21, 2020.