The incident took place around 1:15 a.m. on Notre-Dame St. E, near the Clarence-Gagnon Ave. intersection in Hochelaga-Maisonneuve when the bus driver – who was travelling west – lost control of the vehicle for an unknown reason.

Driver taken to hospital after bus crashes into two traffic lights, Concrete blocks then a tree on Notre-Dame street east near Clarence Gagnon avenue shortly before 2:00am.
Street in both directions are being closed for investigation. @CTVMontreal pic.twitter.com/fJX3RVWx1y

Before coming into contact with the tree, the vehicle also hit a traffic light, causing it to dislodge from the ground. 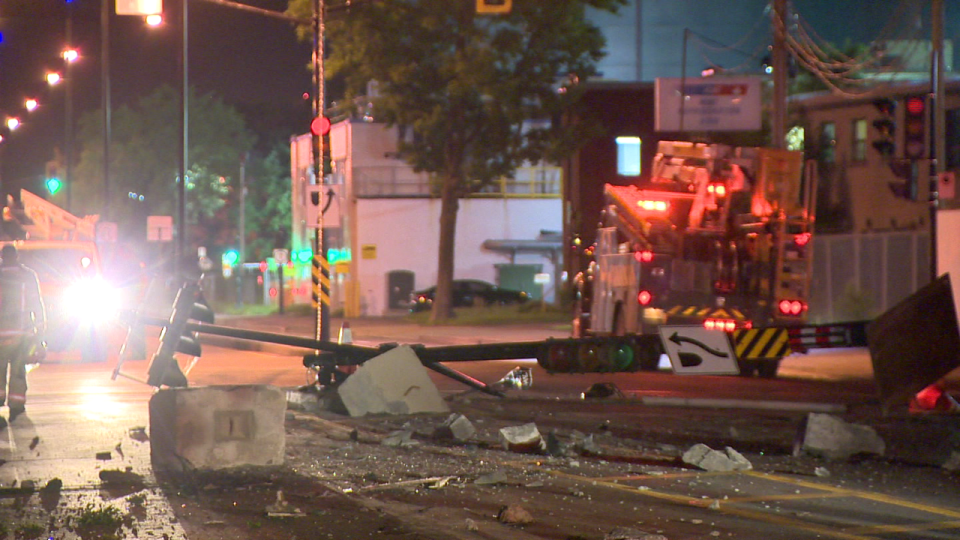 There was no one onboard the Societe de transport de Montreal (STM) bus and no pedestrians or other drivers were hurt, but damage to the vehicle is significant, Montreal police (SPVM) say.

An investigation has been opened by the SPVM in order to determine the circumstances surrounding the driver’s loss of control.