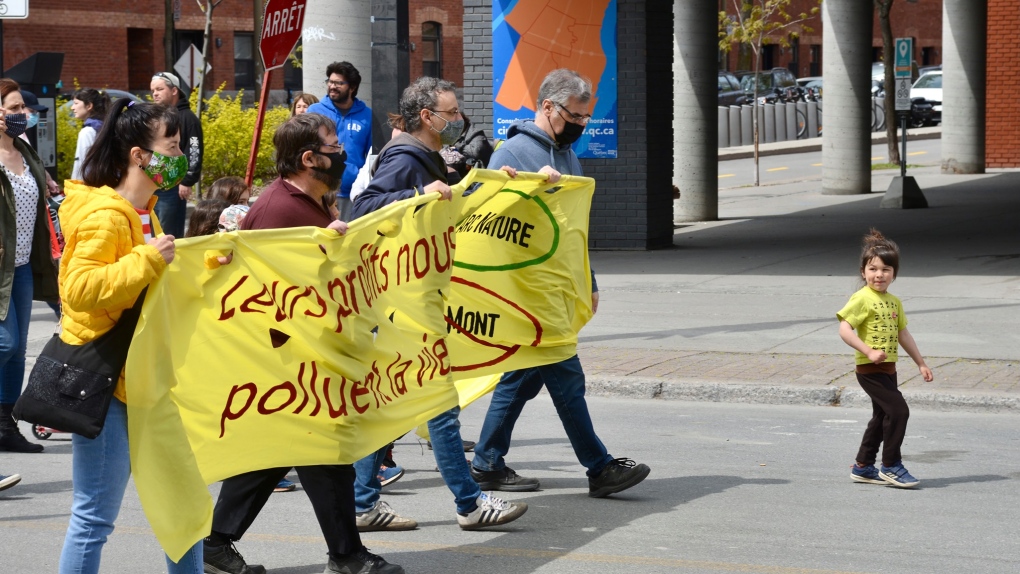 A group of concerned citizens marched through a Montreal borough on May 8, 2021 in protest of a Ray-Mont Logistics container project that they feel will drastically impact their community. SOURCE: Julia Bodryzlova

The festive march started at Place Simon-Valois on Ontario St., before moving eastward to the future site of Ray-Mont Logistics. 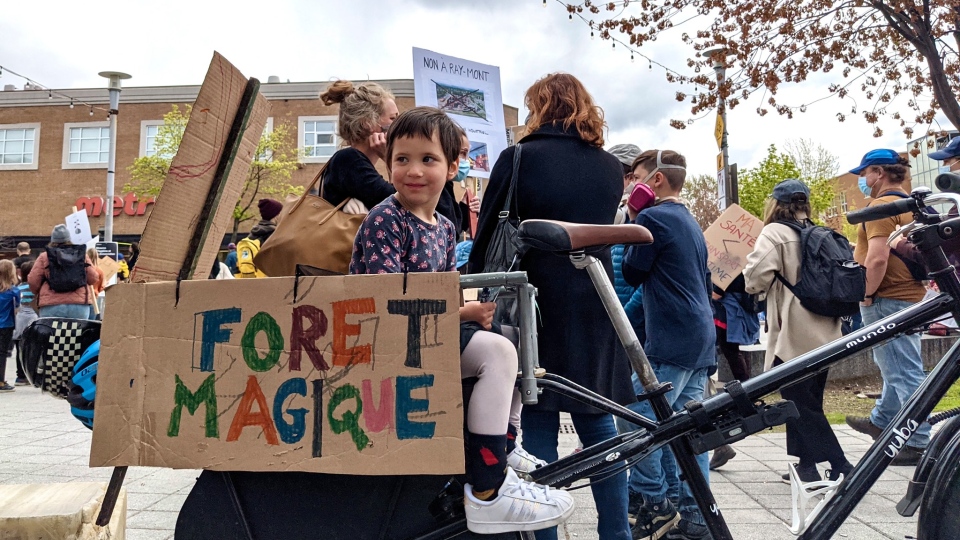 A young protester was one of those that feels the Ray-Mont Logistics container project will destroy an environmentally important area of one Montreal borough. SOURCE: Elisabeth Greene

The borough of MHM tried to prevent the realization of the industrial project by initially refusing to grant the necessary permit for the construction site. However, Ray-Mont appealed to the courts and won the case because of the zoning regulations in place at the time the land was acquired.

Nearby residents lament the loss of rare wooded green space, an area that had been appropriated by the public as a park.

The immediate neighbours of the future facility fear a catastrophe for their quality of life.

According to information provided by Ray-Mont during a public presentation, 300,000 container movements per year are expected, or 1,000 trucks per day entering and leaving the site. Added to this total is the rise in train traffic that will undoubtedly come.