Cirque creditors poised to take over company, leaving Quebec without a stake 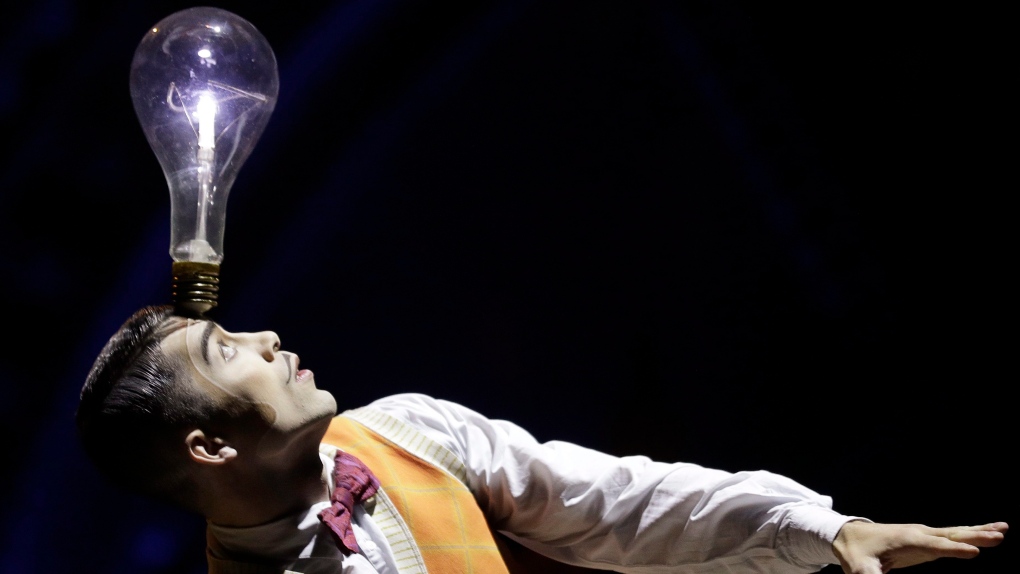 A performer balances a lightbulb on his head during a preview of the Cirque Du Soleil production of "Kurios - Cabinet of Curiosities" in Sydney, Tuesday, Oct. 1, 2019. THE CANADIAN PRESS/AP/Rick Rycroft

MONTREAL -- v> A group of Cirque du Soleil creditors have solidified their place as the next owners of the circus in a deal that would end Quebec's long-standing presence as a stakeholder in the 36-year-old troupe.

Interested parties had until Tuesday to submit a rival offer, according to documents filed in the Superior Court of Quebec under the Companies' Creditors Arrangement Act.

The company has not received a bid that tops the US$1.2-billion deal with its secured lenders, Cirque spokeswoman Caroline Couillard said in an email Tuesday evening.

Led by Toronto-based Catalyst Capital Group, about a dozen creditors that hold more than US$1 billion in Cirque's secured debt made their proposal last month. The deal, which will swap debt for ownership of the company, established a baseline bid that set the minimum conditions for any rival proposals.

Montreal-based Cirque, which originated as a troupe of fire-breathers and stilt-walkers and is one of Quebec's signature cultural brands, is on the verge of losing the Caisse -- its sole remaining shareholder based in the province.

Co-founder Guy Laliberte sold off his remaining shares to the Caisse for US$75 million in February just before the COVID-19 pandemic hit North America.

Since then, the Quebec pension fund has written down its US$170-million total investment in the company to zero.

Deprived of income since mid-March due to fallout from the coronavirus, Cirque has cancelled its 44 shows and cut nearly 3,500 employees.

The circus giant was already struggling, however, having expanded rapidly since Laliberte sold 90 per cent of his stake for a reported US$1.5 billion in 2015.

"Now with the company's recent missteps put behind, we are eager to close the transaction quickly and support the company as it rekindles the magic and artistry that have made Cirque du Soleil an iconic global brand and creative force," said Gabriel de Alba, managing director and partner at Catalyst, in an email Tuesday night.

The secured lenders aim to inject up to US$375 million into the ailing company, create a fund to retain employees and pay ex-workers and artisans, and maintain the company's head office in Montreal, according to a source familiar with the matter but who is not authorized to speak publicly.

This report by The Canadian Press was first published Aug. 18, 2020.