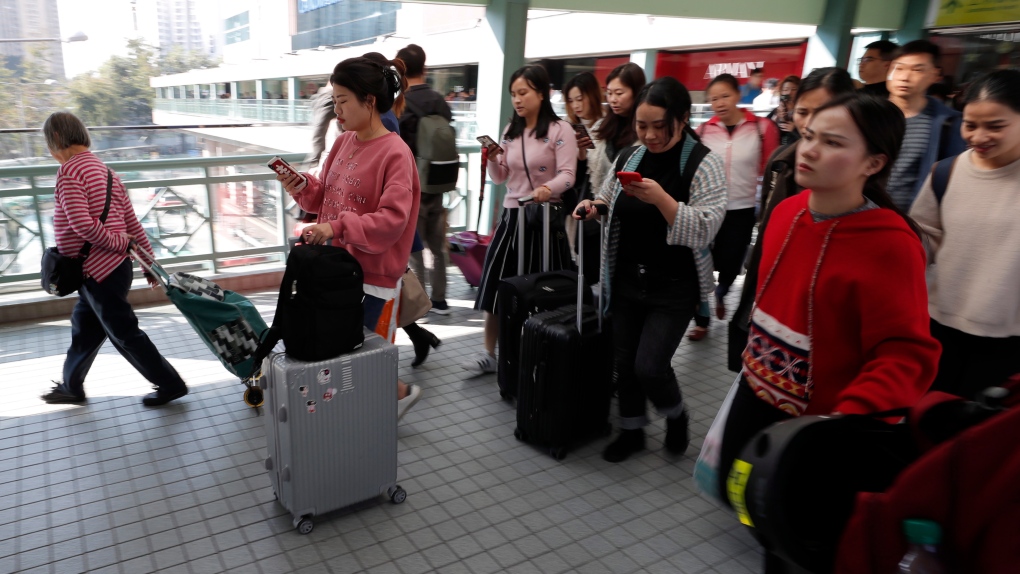 Protesters shouting "Liberate Hong Kong!" marched through a shopping mall Saturday to demand that mainland Chinese traders leave the territory in a fresh weekend of anti-government tension. The protests have prompted Canada to issue a travel advisory for the area. (AP Photo/Lee Jin-man)

MONTREAL -- France, Belgium, Chile, Brazil or even China? These are certainly dream destinations for many, but for Global Affairs Canada, these states are part of the long list of places where it is advisable to 'exercise great caution'.

According to the Government of Canada's list of travel advice and warnings, it is recommended that you "avoid travel" to as many as 21 countries. Predictably, North Korea, Iraq, Syria and many states at war or under the yoke of repressive regimes include this advisory.

However, there are some places that may seem attractive to travellers, such as Venezuela or Haiti, but which have been shaken by popular uprisings or political instability. In the case of the 'Pearl of the Antilles', the phrase 'avoiding all non-essential travel' is added.

At a less alarming level, there are nearly a hundred countries in the world where Global Affairs Canada recommends 'exercising great caution'. Many European, South American or Asian destinations are found on this list.

In the case of China, Canadian travellers are advised to be careful because of the 'risk of arbitrary application of local laws'. A mention that is reminiscent of the detention of two Canadians, ex-diplomat Michael Kovrig and entrepreneur Michael Spavor, arrested in December 2018 in what appears to be retaliatory measures in response to the Canadian arrest of Huawei’s chief financial officer Meng Wanzhou on a US extradition warrant.

Again, the mention recalls the detention of another Canadian in China, Huseyin Celil. Cecil is a former Uighur activist who obtained Canadian citizenship in 2005. However, he was arrested by Chinese authorities while travelling and has been detained for 13 years.

In addition, Global Affairs calls on travellers to stay away from protests. In the more specific case of Hong Kong, the public is cautioned to be cautious about large-scale protests and spontaneous crowd movements.

In Europe, there are warnings for France, Belgium, the United Kingdom, the Netherlands and Russia because of the "high terrorist threat."

For those who plan to fly south, far from winter, some destinations require various precautions.

In addition to avoiding Haiti or Venezuela, it is also suggested to be careful venturing into Chile, Mexico, Brazil, Costa Rica, Belize or Jamaica.

In most of these places, there are high crime rates and a high level of violence.

With regard to the specific case of Chile, the political instability and the general strikes that took place in the capital, in Santiago are highlighted. 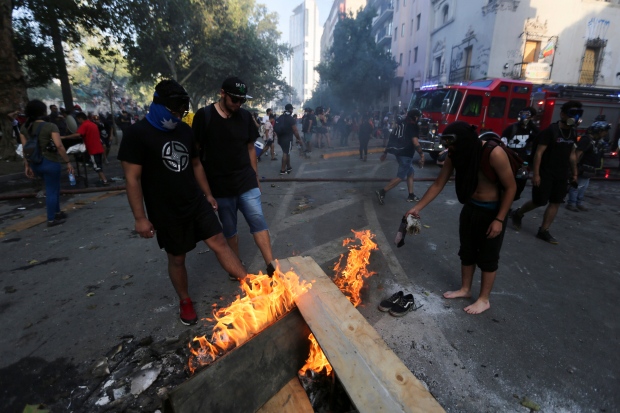 In Mexico, travel to several specific, highly dangerous regions is categorically discouraged and illegal roadblocks are warned of in certain locations.

In addition to warnings related to potential threats around the world, you can also consult many tips on health precautions as well as on the procedures and documents required by each State for admission and exit.