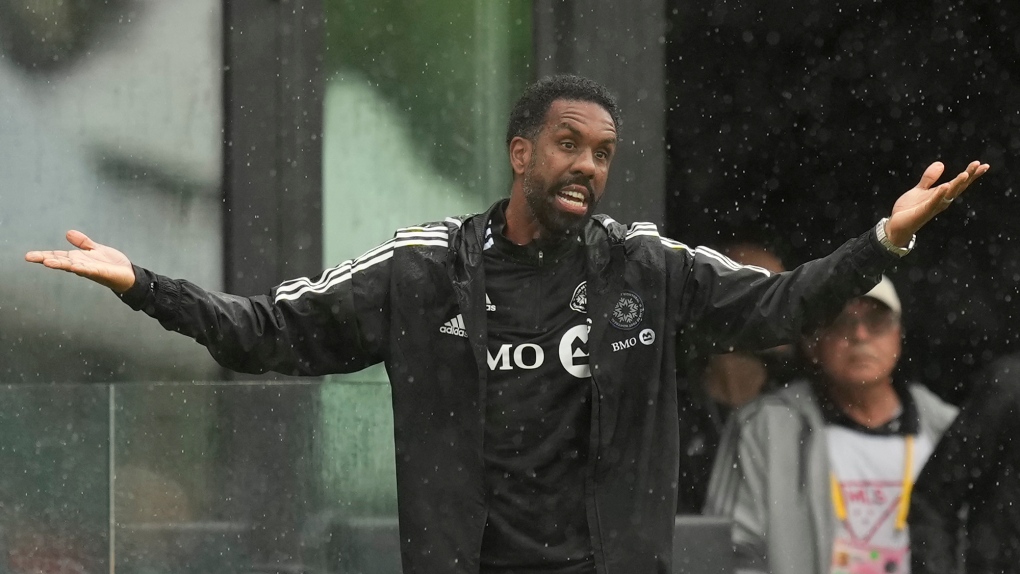 CF Montreal head coach Wilfried Nancy talks to his players from the sideline in the first half of an MLS soccer game against Inter Miami, Sunday, Oct. 9, 2022, in Fort Lauderdale, Fla. (AP Photo/Rebecca Blackwell)

Wilfried Nancy has officially stepped down as head coach of CF Montreal after "reaching a financial agreement" with the Columbus Crew, the Montreal-based Major League Soccer club announced in a statement Tuesday.

Nancy, 45, had one year left on his contract with Montreal CF. The Montreal team is expected to receive compensation from the Crew in return, but details are not known.

The start of something new.

Tune in today at 10 a.m. as the Crew makes a significant Club announcement.
#Crew96 | #VamosColumbus

This report by The Canadian Press was first published in French on Dec. 6, 2022.

The U.S. is tracking a suspected Chinese surveillance balloon that has been spotted over U.S. airspace for a couple days, but the Pentagon decided not to shoot it down due to risks of harm for people on the ground, officials said Thursday.

Hundreds of customers who scan QR codes for restaurant menus across Canada are being surprised by secret menus instead, revealing the hidden costs behind the food they eat.