MONTREAL -- CF Montreal fought well, but were unable to stop Gustavo Bou, who scored twice to secure a 2-1 win for the New England Revolution Sunday night at Gillette Stadium.

Bou, who had inflicted a fatal late-game goal last November to oust the then-Montreal Impact for the season, scored the Revolution's (10-3-3) two goals Sunday, one in each half.

The response from CF Montreal (6-5-4) came from Djordje Mihailovic in the 79th minute. Goalkeeper James Pantemis made two saves. 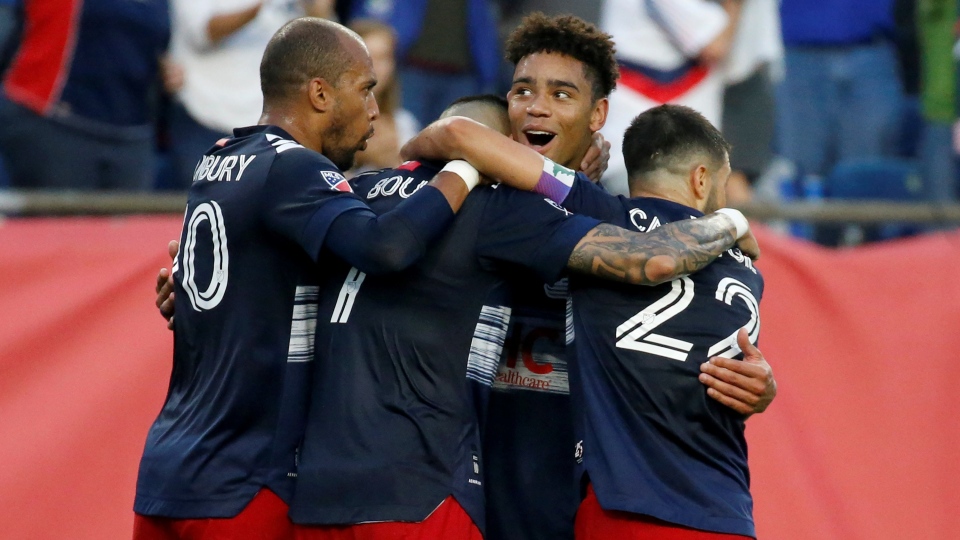 New England Revolution midfielder Brandon Bye (15) hugs teammate Gustavo Bou after he assisted on a goal by Bou as teammate Teal Bunbury (10) and Carles Gil (22) join in during the second half of an MLS soccer match against CF Montreal, Sunday, July 25, 2021, in Foxborough, Mass. (AP Photo/Mary Schwalm)

This second straight loss for Wilfried Nancy's team, which combined with New York City FC's convincing victory over Orlando FC, drops them to seventh in the Eastern Conference standings.

CF Montreal will have a week to recover before taking on Inter Miami CF next Saturday night in Fort Lauderdale.

-- This report by The Canadian Press was first published in French On July 25, 2021.