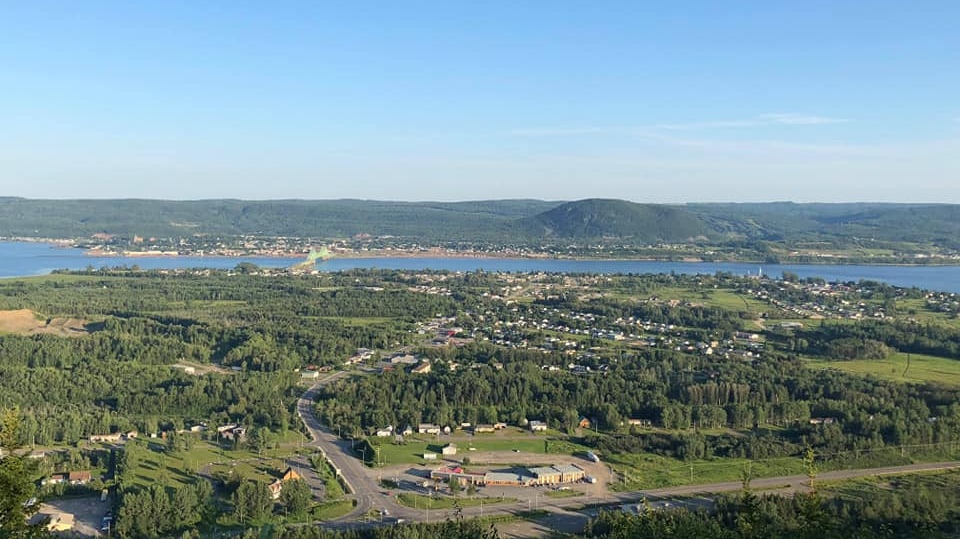 MONTREAL -- After lobbying to be included in the Atlantic bubble this spring, an eastern Quebec town may be leaving it over what its mayor describes as overly onerous restrictions to limit the spread of COVID-19.

Pointe-a-la-Croix along with the neighbouring Listuguj First Nation are the only remaining Quebec communities whose residents are allowed to make day trips to New Brunswick for reasons other than work, child custody or medical care.

But as cases recently began rising in other parts of Quebec's Gaspé region, tighter restrictions were brought in to reinforce the bubble: residents of the town can no longer travel elsewhere in the province, and those living in nearby Quebec towns cannot visit unless it's for work, health care or humanitarian reasons, according to a ministerial order published by the Quebec government last Friday.

While the links between his Gaspe town and neighbouring Campbellton, N.B., are strong, Pointe-a-la-Croix Mayor Pascal Bujold says the new rules go too far.

"It's a situation that has divided, that has created a sense of urgency, frustration from citizens from the municipalities, because we see each other on a daily basis," he said in a phone interview.

While the order was issued by the Quebec government, Bujold believes it came at the request of New Brunswick.

Bujold said the town had been eager to gain an exemption to the New Brunswick travel restrictions. The town's biggest employer is the hospital in Campbellton, and many residents travel to New Brunswick for work, services or to visit family. His own mother lives across the border, he said.

He said his administration had agreed to carry out an education campaign to dissuade residents from leaving the community, warning them that they may not be allowed into New Brunswick if they do. But he said he never expected for his community to be cut off from the rest of Quebec, especially when many nearby residents depend on Pointe-a-la-Croix for services.

"It's really not the situation we wanted," he said.

Bujold said he recently submitted to New Brunswick a proposed list of exceptions, including allowing neighbouring Quebec residents to visit family members and certain businesses in his town, but it was rejected. Now he says he's prepared to pull his town out of the bubble unless New Brunswick has a change of heart.

On Tuesday, New Brunswick Premier Blaine Higgs said his government was reviewing the border restrictions with Quebec but was unlikely to soften its stance.

"At this stage I don't see an expansion in the works. A contraction is possible," he said. "We're working very closely with the community to understand the risks and what might be necessary to mitigate the risks."

The restrictions have caused frustration with residents of nearby towns, including Matapedia, whose mayor bristled at the idea of an outside government influencing Quebecers' travel within their own province.

"What we find difficult is Mr. Higgs's government is imposing restrictions on the territory of Quebec," Nicole Lagace said in a phone interview. "It's a bit inconceivable."

But not everyone affected by the restrictions disagrees with them.

Chief Darcy Gray of the Listuguj Mi'kmaq First Nation said he believes the restrictions are worth it to be able to maintain connections in New Brunswick.

Unlike Pointe-a-la-Croix, he said his community has few ties to Quebec and interacts mostly with New Brunswick.

"There's shared custody issues, there's access to family members that may be hospitalized on the New Brunswick side. There's just a lot that comes with splitting out of the bubble," he said in a phone interview.

While he admits he was "caught off guard" by some restrictions, including not being able to receive visitors, Gray believes most members of his community were already complying with the measures, with or without an order.

"I don't want to be driving to places where there's COVID, and I don't think our community members want to, either," he said.