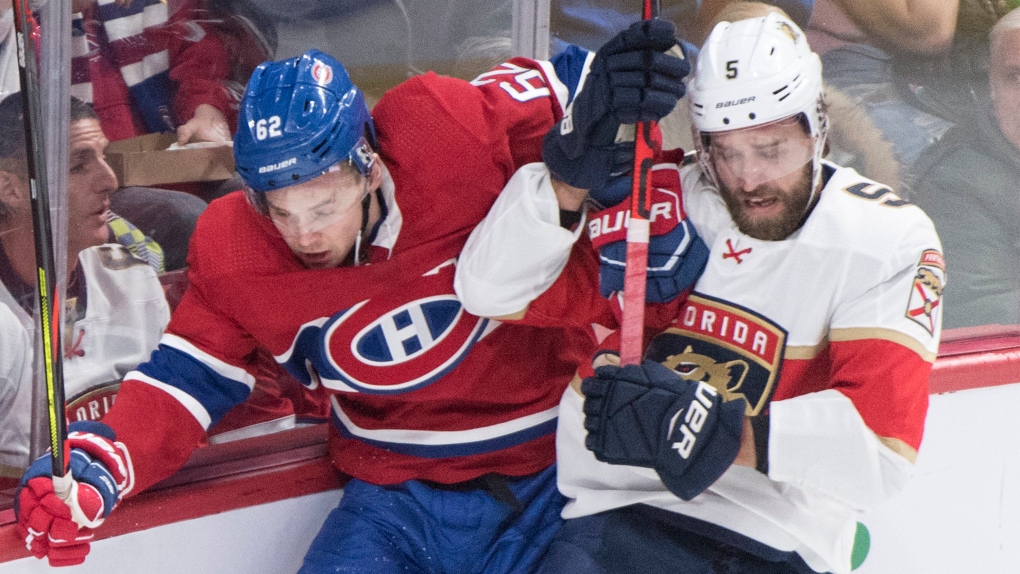 MONTREAL -- Carey Price made 28 saves for his third shutout of the season as Montreal beat the Florida Panthers 4-0 on Saturday afternoon in the first of back-to-back matinee games for the Canadiens.

Nick Suzuki, Artturi Lehkonen, Tomas Tatar and Brendan Gallagher scored for the Canadiens (24-22-7), who have won six of their last eight. Defenceman Jeff Petry assisted on all four goals, the first four-point game of his career.

Playing their first game since Jan. 21, the Panthers (28-17-5) were shut out for the first time this season as their six-game winning streak came to an end. Florida had scored at least four goals in each of those six victories.

Top-line centre Aleksander Barkov left the game in the second period after taking a hit from Shea Weber along the end boards. The Florida captain did not return.

The break was not beneficial for the Panthers, who were playing their first game in 11 days. The Canadiens had a jump in their step and Florida simply could not keep up.