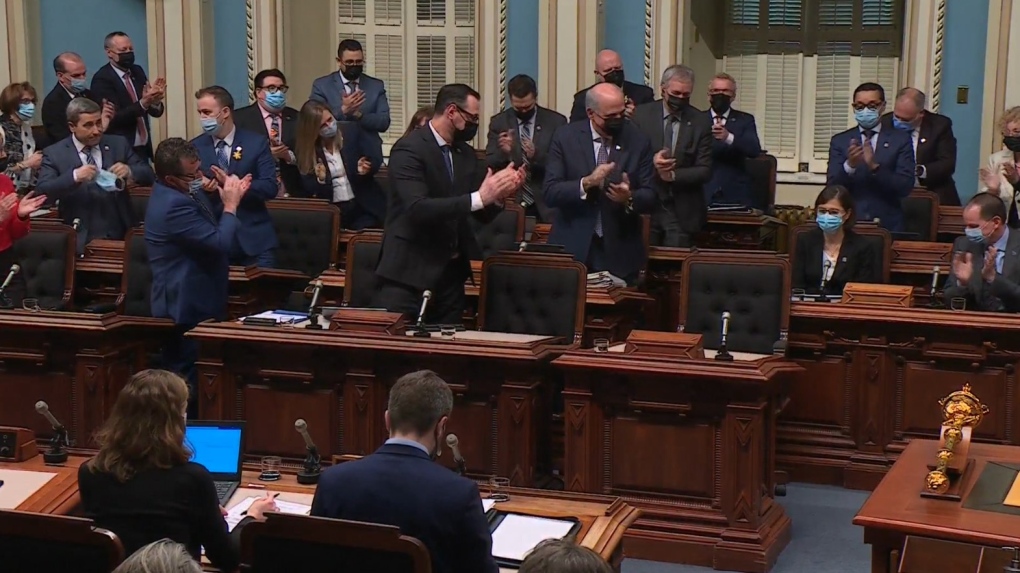 CAQ MNAs stand up and applaud as they vote against a public inquiry into Herron long-term care home.

There will not be a public inquiry into the tragedy at the Herron long-term care home.

The proposal was put to a vote Thursday at Quebec's National Assembly and after the majority CAQ voted it down. MNAs from the ruling party stood up and applauded the moment.

The Parti Quebecois brought forward the motion following revelations that members of the government knew the long-term care home was severely understaffed before an article appeared in the Montreal Gazette on April 10, 2020.

Recordings also surfaced of the owners of the home calling a Quebec government health line and pleading for help.

Former health minister Danielle McCann and Seniors Minister Marguerite Blais were responsible for the file and will not be running in this year's election.