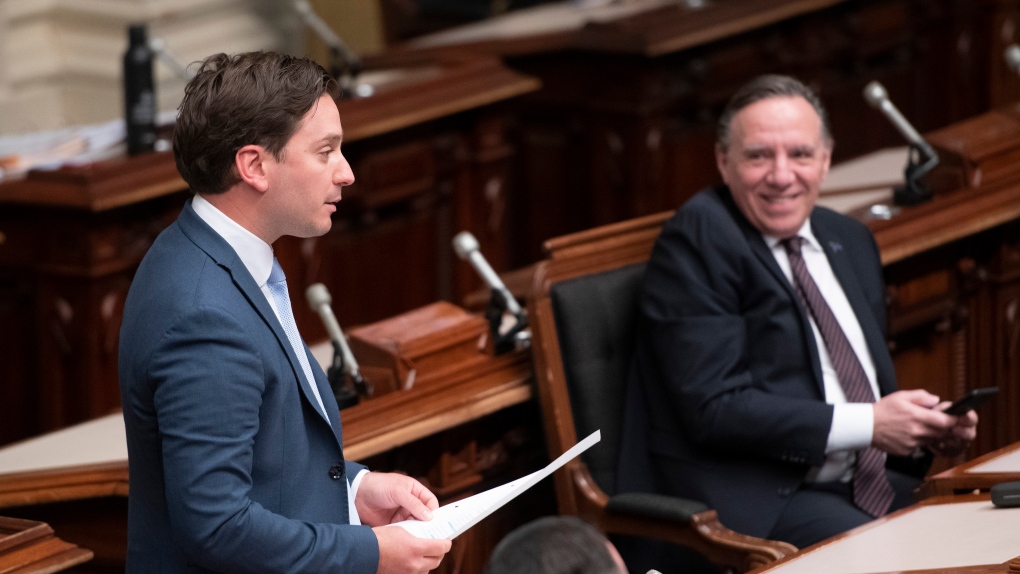 Simon Jolin-Barrette Minister of the French Language tabled a bill reinforcing the French language as the official form of communication at the legislature in Quebec City. THE CANADIAN PRESS/Jacques Boissino

MONTREAL -- Following opening remarks made in English by Liberal leader Dominique Anglade, CAQ Minister Responsible for the French Language Simon Jolin-Barrette presented a motion Thursday reiterating French as the language of communication in the National Assembly.

The motion insists that elected officials "of the Quebec nation promote, enhance and defend the use of the French language."

The motion adds that MNAs speaking with the press must use French in their opening remarks except for security or public health reasons. They can still respond to questions in English, however.

A reporter interrupted Anglade when she gave a statement in English speaking to reporters in the halls of the National Assembly after giving the same statement in French last week sparking a language debate that raged over the past week.