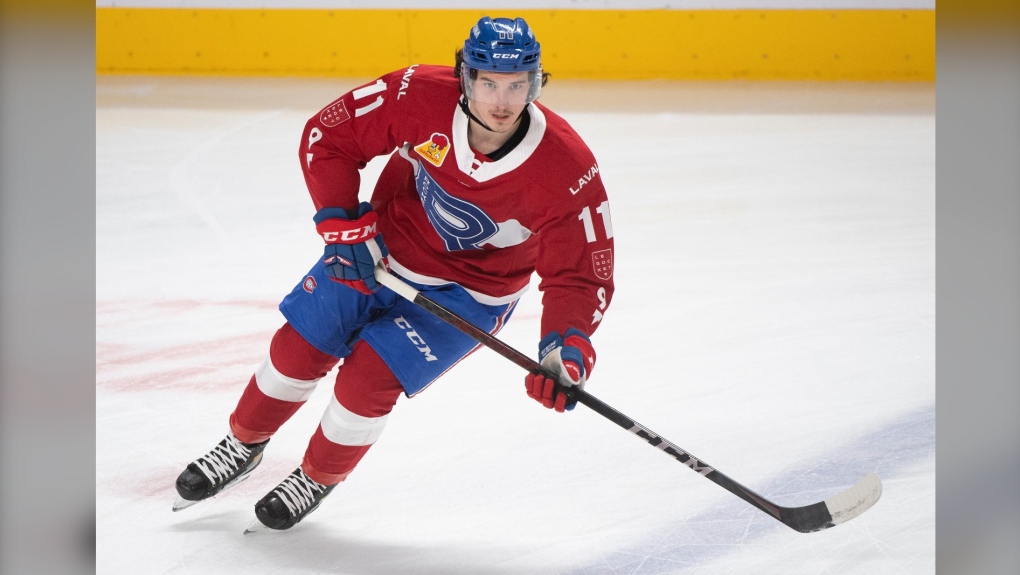 Laval Rocket's Rafael Harvey-Pinard skates prior to an AHL hockey game against the Manitoba Moose in Montreal, Saturday, February 27, 2021. THE CANADIAN PRESS/Graham Hughes

MONTREAL -- The Montreal Canadiens have signed forward Rafael Harvey-Pinard to two-year, entry-level contract with an average annual value of US$825,000.

Harvey-Pinard, 22, has 19 points (eight goals, 11 assists) in 32 games with the AHL's Laval Rocket in his first professional season.

He also won the President Cup and the Memorial Cup with the Rouyn-Noranda Huskies in 2018-19.

Harvey-Pinard was selected by the Canadiens in the seventh round, 201st overall, in the 2019 NHL draft.

- This report by The Canadian Press was first published May 12, 2021