Canadiens send defenceman Gustav Olofsson down to the Laval Rocket 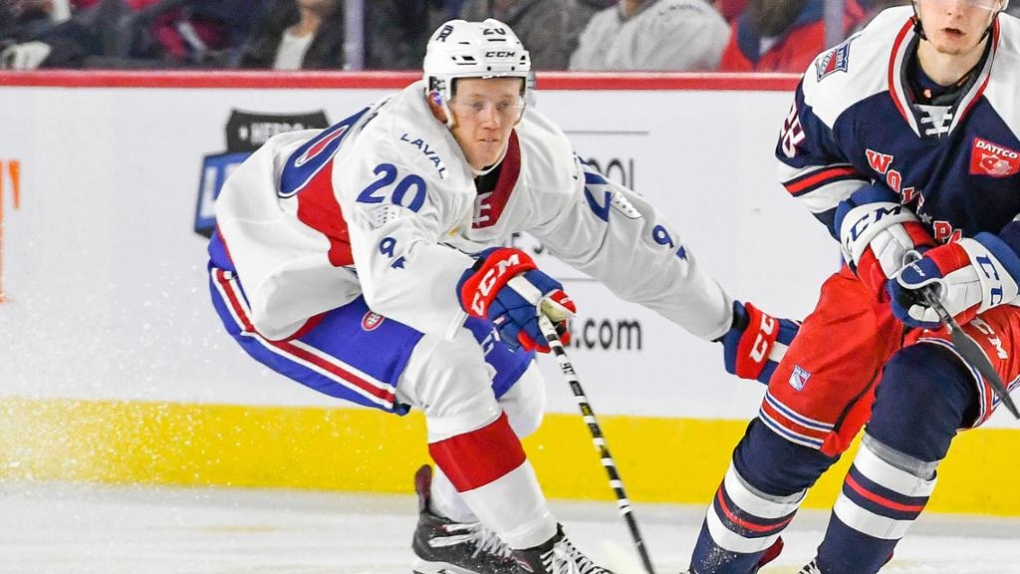 MONTREAL -- The Montreal Canadiens have sent defenceman Gustav Olofsson back down to the Laval Rocket of the American Hockey League.

The team made the announcement Wednesday, the morning after its 4-2 win over the New York Islanders, which snapped the Habs' eight-game winless streak.

In three games with the Canadiens this season, Olofsson scored zero points and had a differential of -4. He made one check and blocked five shots.

His games with the Habs this season were his first in the NHL since March of 2018, when he was with the Minnesota Wild.

In 20 games with the Laval Rocket earlier this season, Olofsson had seven assists.

The Canadiens have a day off Wednesday. They will have a morning practice in Brossard Thursday ahead of their game that night at the Bell Centre against the Colorado Avalanche.