The Montreal Canadiens shocked fans at the Bell Centre in selecting Juraj Slafkovsky with the first pick in the NHL Entry Draft.

The 18-year-old Slovakian climbed on stage with a big grin after having his name called in front of family, friends and fans Tuesday night.

The winger and top-ranked North American skater by NHL Central Scouting starred for his country at both the Beijing Olympics and world championships. The pick was a surprise to many who thought the Habs would go with OHL star Shane Wright, who was chosen fourth by the Seattle Kraken.

The Slovakian has actually worn a Habs sweater before Thursday night.

The Canadiens Children's Hospital foundation tweeted that Slafkovsky participated in the Canadiens hockey school in 2014 as a young teen.

Montreal was the first team to both host the draft and pick first since the Toronto Maple Leafs selected Wendel Clark at No. 1 in 1985.

Habs General Manager Kent Hughes said management decided on their pick Wednesday morning after meeting the 6'4", 220-pound winger and being impressed with his personality and charisma.

"He's got a very dynamic personality," said Hughes. "We asked him when was the best moment in hockey and he said, 'when we're winning by a goal or losing by a goal.'"

He said it was important to pick a player who could hold his own in the Montreal market.

"I think we saw the type of reaction that you get here, so we wanted to make sure that he was equipped to deal with that, and that we felt comfortable that he was gonna do what was necessary to be the best player he could be."

The Canadiens drafted another Slovakian with the 26th pick of the first round in Filip Mesar. The right-handed winger is 5'10" and 175 pounds.

The Canadiens acquired the 13th-overall pick from the New York Islanders for defenceman Alexander Romanov and the 98th pick, then packaged the 13th pick with the first pick of the third round (66th overall) and sent them to Chicago for centre Kirby Dach.

He showed promise over a small sample size the previous season with two goals and eight assists in 18 games.

The Blackhawks are in the process of dismantling their roster for a rebuild.

Hughes said he was motivated by the desire to get "bigger and faster in the middle of the ice."

"Clearly, in combination with our connection with Juraj, one of the things we set out to do was get bigger and faster. I think we've done that. Ideally we would have traded picks and moved up to be able to make that play. Unfortunately, that wasn't in the cards." 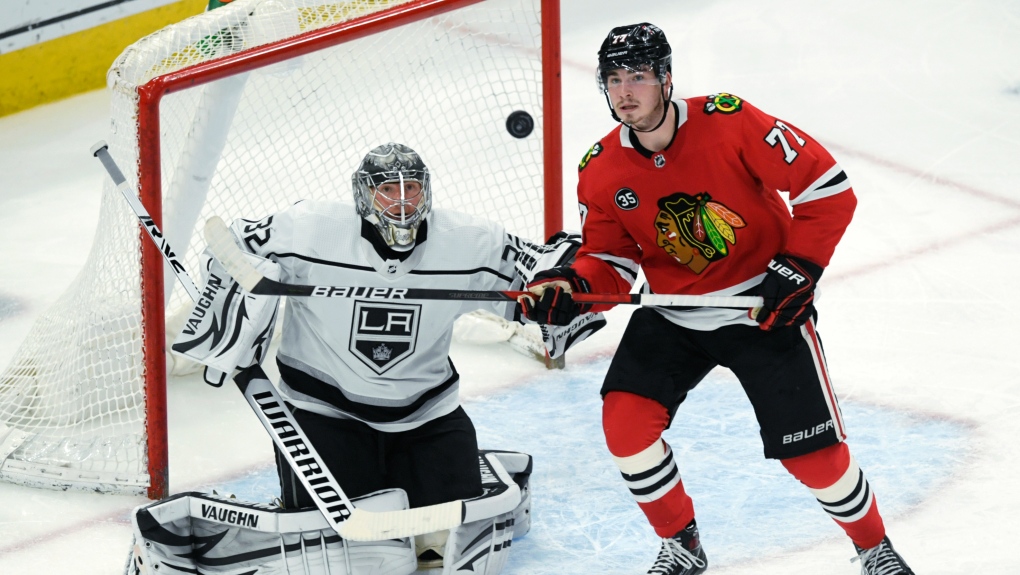 The night started with fans at the Bell Centre booing NHL commissioner Gary Bettman, who hosted the draft for the first time in-person since the COVID-19 pandemic began.

The last time the Habs picked number one was in 1980 when they selected Doug Wickenheiser.

Of the top four Quebecers drafted, three are headed to Anaheim, California.

Round two begins Friday at 11 a.m.

The remaining Canadiens' picks are as follows:

The first teaser trailer for the long-awaited 'Super Mario Bros. Movie' is here — but a lack of Italian flair in Mario’s voice is leaving some fans feeling like they just got hit with a Koopa shell.

There's been a 20-year series of middleweight clashes in the parliamentary fight club - Chretien vs. Day, Martin vs. Harper, Harper vs. Mulcair, Trudeau vs. O'Toole - but nothing comes close to the slugfest now raging between Conservative leader Pierre Poilievre and Prime Minister Justin Trudeau.

In move toward decriminalization, Biden pardons thousands for 'simple possession' of marijuana

U.S. President Joe Biden is pardoning thousands of Americans convicted of 'simple possession' of marijuana under federal law, as his administration takes a dramatic step toward decriminalizing the drug and addressing charging practices that disproportionately impact people of colour.