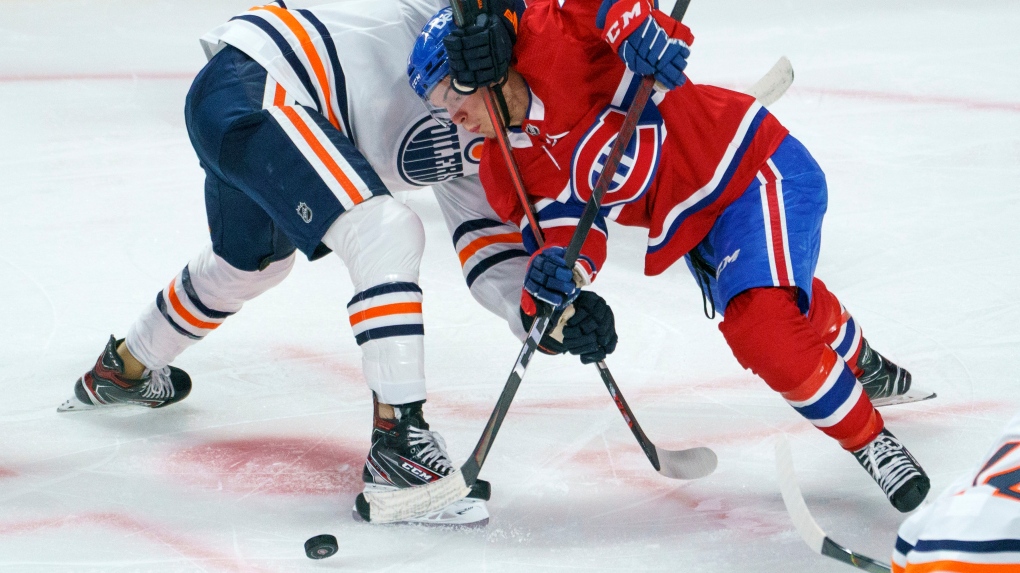 MONTREAL --  Forward Jake Evans did not participate in the Montreal Canadiens' morning warm-up on Tuesday and as a result Cedric Paquette will take his place in the starting line-up.

The information was confirmed by head coach Dominique Ducharme a few hours before the game against the Seattle Kraken.

"He will not play tonight. He had an injury -- he came back to play and there was no indication that he could aggravate it -- but you can see it's affecting him in the way he plays and takes faceoffs. So he won't be in the lineup tonight,'' Ducharme said in a press conference.

In his absence, Paquette pivoted the fourth line completed by Artturi Lehkonen and Joel Armia.

Evans played 14:13 on Saturday against the Detroit Red Wings. He has a minus-1 rating in five games so far this season and is still trying to get his first point in 2021-22.

The Canadiens (1-5-0) will be looking for their second straight win Tuesday night against the Kraken (1-4-1), the NHL's newest expansion team. It will be the first game between the Habsd and a Seattle franchise -- it was once called the Metropolitans -- since 1919, 102 years ago.