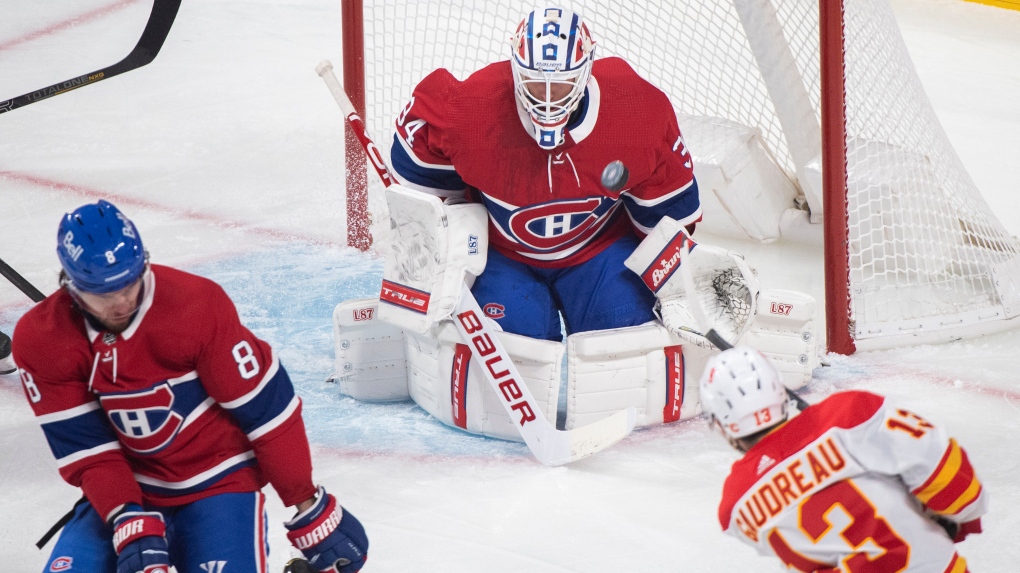 Montreal Canadiens goaltender Jake Allen will be back in net for the Habs as Ben Chiarot returns to the lineup against the Calgary Flames.THE CANADIAN PRESS/Graham Hughes

MONTREAL -- Defenceman Ben Chiarot will play in his first game since suffering a broken right hand in a fight on March 10.

Chiarot will be in the Montreal Canadiens lineup Friday night against the Calgary Flames after missing 15 games. He will be reunited with his usual playing partner, captain Shea Weber.

In 25 games this season, Chiarot has one goal, four assists and 44 penalty minutes. He has a minus-2 rating.

Defenceman Xavier Ouellet will be left out of the lineup. Brett Kulak will take his place on the third pairing with Alexander Romanov.

Jake Allen will once again be the Habs' starting goaltender. He will make his sixth consecutive start. Allen has allowed 16 goals in his last five starts in the absence of Carey Price.

Price practiced again Friday morning. The Canadiens recalled goaltender Cayden Primeau, who will be Allen's backup against the Flames.

Price could get the start on Saturday against the Ottawa Senators.

The Habs have lost four of their last five games, all without Price and Brendan Gallagher.

The Flames defeated the Canadiens 4-1 on Wednesday at the Bell Centre.

The Canadiens recalled forward Cole Caufield to their reserve roster on Friday morning.

Caufield will be able to train with the NHL club after beginning his pro training with the Laval Rocket.

The Habs will have to recall him to their 23-man roster before allowing him to play his first NHL game.

Caufield was selected by the Habs in the first round, 15th overall, in the 2019 draft. He recently won the Hobey-Baker Trophy, awarded to the top player in American college hockey, following a 30-goal, 22-assist campaign in 31 games with the University of Wisconsin Badgers.

In his Rocket debut, Caufield scored two goals and an assist on April 9 against the Toronto Marlies. He scored another goal the next day.

The Rocket was scheduled to play the Marlies on April 15 and 18, but those games were postponed due to the COVID-19 pandemic. The Rocket won't play their next games until April 21 and 30 against the Belleville Senators.