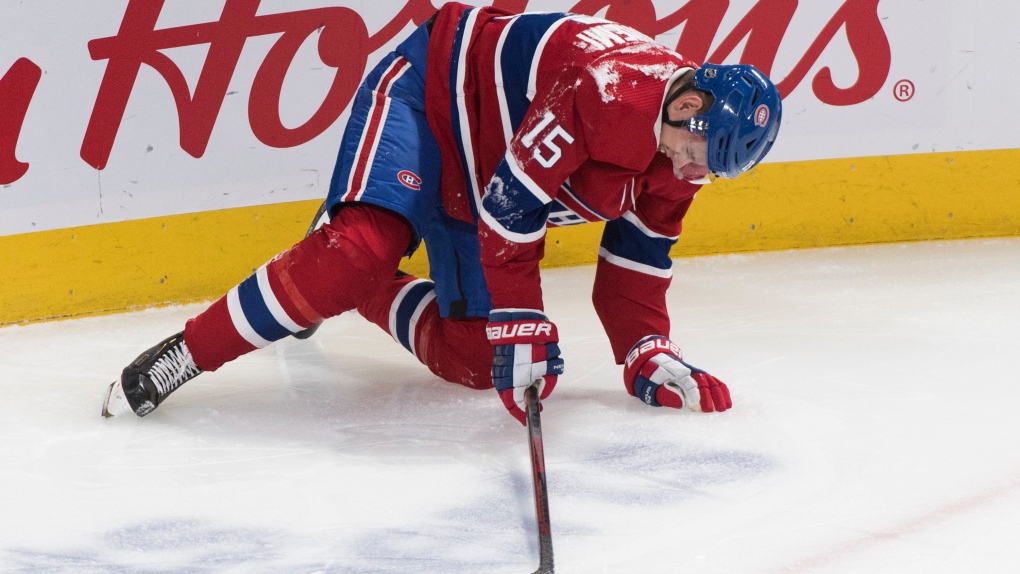 Montreal Canadiens' Jesperi Kotkaniemi tries to get up off the ice after being checked by a Colorado Avalanche player during first period NHL hockey action in Montreal, Thursday, December 5, 2019. THE CANADIAN PRESS/Graham Hughes

Kotkaniemi was hurt on a big hit against the boards less than two minutes into the game by Avalanche defenceman Nikita Zadorov, which Julien and others on the Habs called a dity hit. No penalty was called on the play.

Claude Julien also confirms that Kotkaniemi suffered a concussion and is resting at home after being released from hospital.#GoHabsGo

Kotkaniemi did not make the trip with the team to New York CIty, where the Habs will face the New York Rangers Friday night. He will be replaced in the lineup by Charles Hudon, Julien anounced Friday.

Carey Price will start against the Rangers, a night after rookie Cayden Primeau made his NHL debut against the Avalanche.