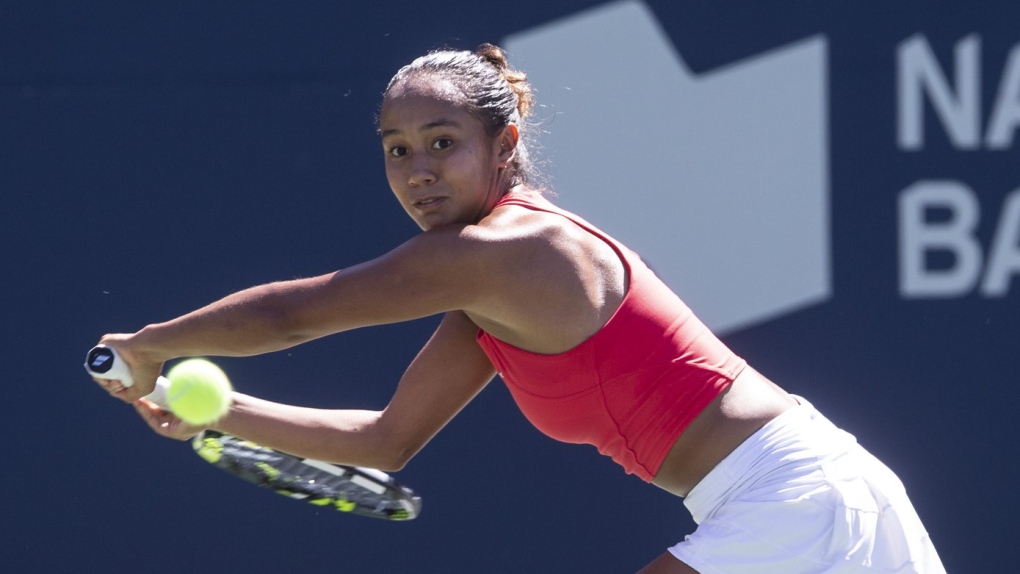 Canada's Leylah Fernandez was eliminated from the National Bank Open following a 7-6 (4), 6-1 loss to Brazil's Beatriz Haddad Maia on Wednesday.

Fernandez, the 13th seed in Toronto, was playing in her first tournament following a two-month layoff to recover from a stress fracture in her right foot she sustained at the French Open.

While Fernandez showed plenty of fight in the first set, she eventually seemed to wear against the powerful attack of her increasingly confident opponent.

After an encouraging start, Fernandez gave up the first break of the match to go down 3-2 in the opening set.

Leading 5-4, Haddad Maia converted her fourth ace of the match to give her set point. But Fernandez saved to bring the score to deuce, then converted her first break point to tie the set.

Haddad Maia restored her lead in the next game, finally converting on her fourth break point chance of the game to go up 6-5.

But again, the Brazilian couldn't put the set away. A double-fault from Haddad Maia set up double break point for Fernandez, and the Canadian came out on top after a long rally to win the next point and force a tiebreak.

Haddad Maia proved too much for Fernandez in the extra session, using powerful strokes to keep the Canadian off-balance and taking a 6-3 tiebreak lead.

Fernandez saved another set point before Haddad Maia clinched it with a strong backhand to end a short rally.

Haddad Maia built on that momentum in the second set, converting an early break en route to a 3-0 lead.

Her second break of the set put Haddad Maia up 5-1, then she served to love in the final game to take the match.

Haddad Maia will next face world No. 1 Iga Swiatek, who cruised into the third round with a 6-1, 6-2 win over Australian qualifier Ajla Tomljanovic.

Swiatek increased her hardcourt winning streak to 20 matches with a clinical performance, defeating Tomljanovic in just one hour four minutes.

'The Polish star converted six of her nine break point chances as she connected on 26 of 37 return points (70.3 per cent).

Williams was set to face Switzerland's Belinda Bencic to kick the Centre Court evening session. Williams, a winner of 23 Grand Slams, is playing in Toronto a final time before retiring sometime after the U.S. Open.

A shocking video shows the devastating impact of post-tropical storm Fiona on the town of Isle aux Morts, N.L., as the sea overtakes land and scatters wood, tires and boats across the beach.

Storm chaser: Powerful hurricanes are not just an American phenomenon

Out of 24 hurricanes Mark Robinson, a meteorologist, has tracked, post-tropical storm Fiona was the most intense Canadian hurricane he’s seen and he’s warning these storms are not just American phenomena.

Despite warming temperatures, Arctic lakes are disappearing – here's why

According to new research, 82 per cent of the Arctic has gotten drier over the last 20 years and the reason why could come as a surprise.

A search is underway in southwestern Newfoundland for a woman who was reportedly swept out to sea after a wave struck her home during post-tropical storm Fiona.

After the storm: residents of Atlantic Canada and eastern Quebec survey damage

A day after post-tropical storm Fiona left a trail of destruction through Atlantic Canada and eastern Quebec, residents of a coastal town in western Newfoundland continued to pick through wreckage strewn across their community, easily the most damaged area in the region.