Canada well-positioned to benefit from non-meat alternatives: Beyond Meat founder 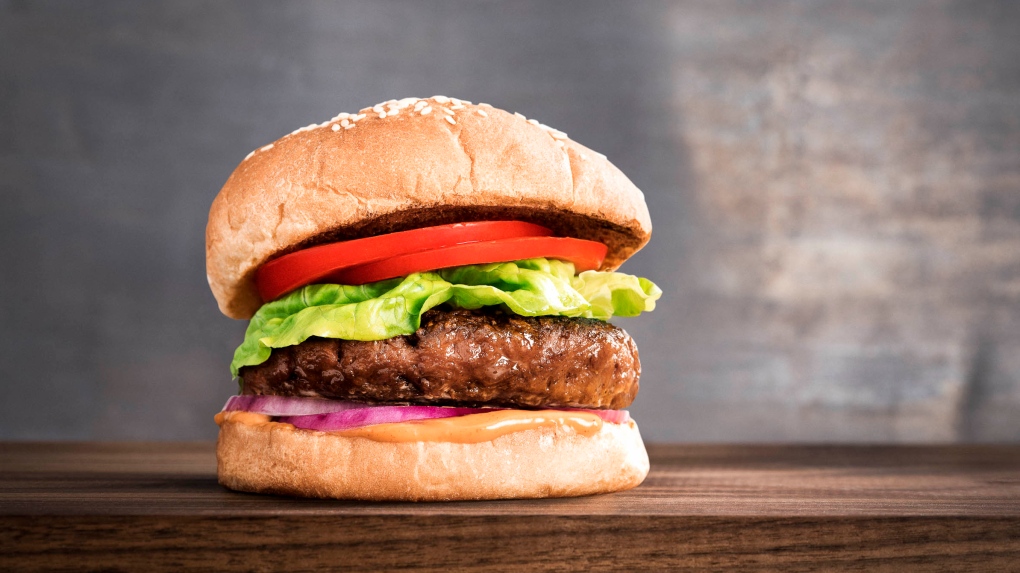 Beyond Meat burgers -- patties made entirely of plants -- have seen a high level of success since being placed on the A&W menu. (Beyond Meat)

The transition from animal meat to plant-based alternatives will unleash a new era of agricultural productivity and Canada is well-positioned to benefit, Beyond Meat founder Ethan Brown said Tuesday.

The burger patties and sausages of the Californian company that are made from plant proteins have stormed the market, and even the stock market since the company's listing last month on the Nasdaq composite.

Beyond Meat sells products made from peas, canola oil, mung beans and rice protein that contain no soy, gluten or genetically modified foods.

Brown took part in a discussion on "The Next Agri-Food Revolution" at the Montreal Conference of the International Economic Forum of the Americas.

In addition to the health benefits of his products, he believes that if water and farmland can be used to grow vegetables and other plant foods, the amount of food for human consumption will be exponential.

He pointed to a study indicating that a plant-based burger requires 99 per cent less water and 93 per cent less arable land to produce, not to mention reducing greenhouse gas emissions.

Canada can take advantage of this windfall, he said, citing the provinces of Manitoba and Saskatchewan, where farmland is vast.

There are so many possibilities with the food products used by Beyond Meat, including yellow peas and mustard seeds.

"You have the ability to grow them in abundance," said Brown, whose father teaches at the Faculty of Agriculture and Environmental Sciences at McGill University.

In Canada, the A&W fast food chain offers a hamburger containing a Beyond Meat patty, which is now available in many grocery stores.

Not wanting to be left behind, Tim Hortons has begun testing three new Beyond Meat lunch sandwiches and could distribute them across Canada by the end of the summer.