Canada's Felix Auger-Aliassime advances to second round in Hamburg 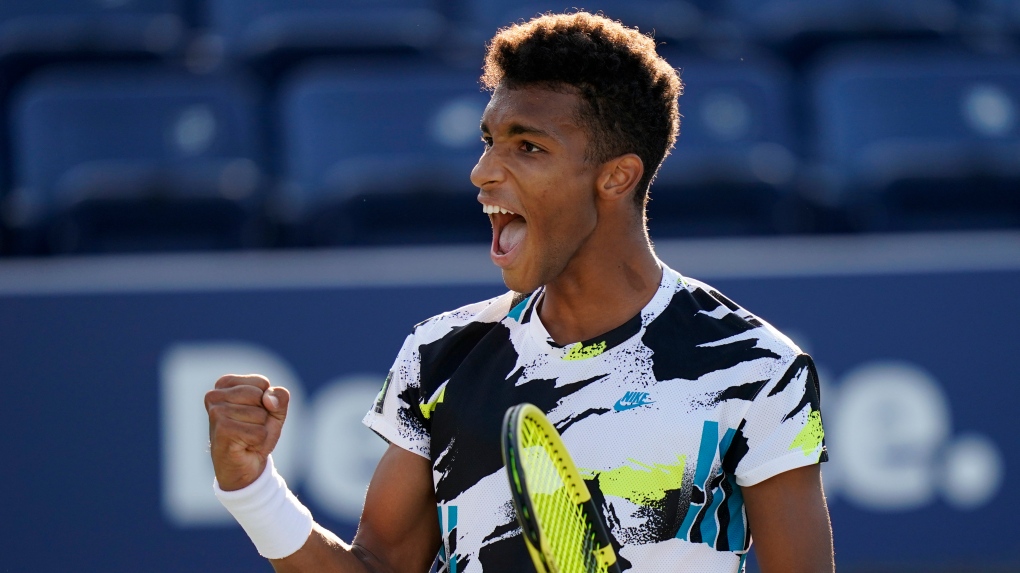 FILE PHOTO: Felix Auger-Aliassime, of Canada, celebrates after winning a match against Corentin Moutet, of France, during the third round of the US Open tennis championships, Saturday, Sept. 5, 2020, in New York. (AP Photo/Frank Franklin II)

HAMBURG -- Montreal's Felix Auger-Aliassime advanced to the second-round of the Hamburg Open clay-court tennis tournament with a 6-2, 7-6 (2) win over Italian Lorenzo Sonego on Tuesday.

The 20-year-old dominated the first set in a match that lasted one hour 47 minutes, giving up just four points on serve.

The world No. 21 had a tougher time in the second set, saving two break points in the 11th game before finally winning the set in a tiebreaker.

Auger-Aliassime has had mixed results since returning to competition after COVID-19 caused the ATP Tour to take a months-long hiatus. After making the round of 16 at the U.S. Open, Auger-Aliassime was eliminated in his first game last week in Rome.

He is seeded 20th in the men's draw at the French Open, which starts Sunday.

-This report by The Canadian Press was first published Sept. 22, 2020.