Canada legalized weed one year ago Thursday; where are we now? 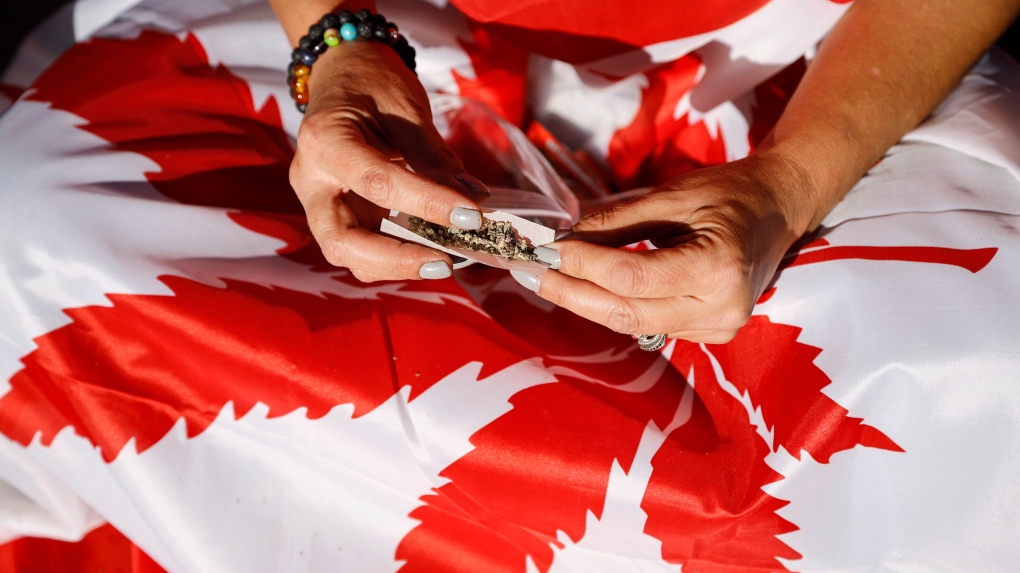 A cannabis user rolls a joint at a rally outside governments offices following the legalization of cannabis in Calgary, Alta., Wednesday, Oct. 17, 2018.THE CANADIAN PRESS/Jeff McIntosh

MONTREAL -- One year ago Thursday, Canada became the second country--behind Uruguay--to legalize the possession and use of recreational marijuana.

And what a year it's been. Authorities clamped down on illegal dispensaries, cannabis stocks rose and fell--then fell some more, marijuana suppliers ran out of stock, and through it all the eyes of the world turned to us; other countries are on the brink of legalizing marijuana. Some are in the process of doing so. Does the Canadian model work? Perhaps time will tell. But for now, a look back at some of the major cannabis headlines from the past year:

It had only been legal a few weeks--less in some cases--and Canada seemed already to have ran out of weed. "Back to the black market," some said as they left legal cannabis stores empty-handed.

Shelves at SQDC outlets were empty, so the province closed the stores three days a week to allow time to resupply. Lines extended out the door when the shops were open, and they quickly ran out of their most popular products. The supply shortage was only recently rectified. Since May, the stores have been open seven days a week.

But the weed shortage wasn't limited to Quebec: it plagued marijuana outlets across the country, for months. Some experts said the product backlog could last years.

Despite the lineups and empty shelves, most major cannabis companies haven't made a profit off of legal weed sales--yet. Initially, legal weed seemed like a goldmine to investors. Stock prices soared. But the sheen of the market wore off, and investors became disenchanted.

The market was further marred by scandal. Canntrust, a Canadian cannabis company, was found to have concealed plants from the national regulator. It has since had to destroy $77 million worth of plants to comply with regulations.

Authorities crack down on grey market

Cannabis may be legal, but that doesn't mean everyone can sell it. Some provinces, like Quebec, have opted for a public system for cannabis stores. Others, like Ontario, have opted for a private system--in their case, permits to sell weed are awarded by the province through a lottery.

One such shop, Cafe, with multiple locations in Toronto, was shut down by authorities for selling unlicensed marijuana. Police even went as far as stacking concrete blocks in front of the shop to prevent them from operating. It didn't seem to work.

In Quebec, legislators initially outlawed the home cultivation of cannabis plants. Recently, a judge struck that law down after a court challenge, but the crown is appealing. For now, Quebecers are allowed to grow their own weed.

No spike in impaired driving: police

Despite concerns the legalization of marijuana could lead to a spike in the number of people driving impaired--and worries about the accuracy of impairment tests--police reported no increase in the number of impaired driving arrests, countrywide.

All eyes on Canada

Canada, it seems, was the first of many countries to legalize cannabis. The drug is already legal in numerous American states. South Africa is in the process of legalizing weed. Legalization will be on the ballot in New Zealand next year. Mexico recently legalized medical marijuana. Luxembourg plans to legalize it too.

But a year on from legalization, Canada's laws continue to evolve. For example, for the first time, cannabis edibles are legal, although the Quebec regulations are more restrictive than elsewhere in the country.

The CAQ government is only allowing the sale of cannabis oil and butter -- items that should not appeal to children.

For countries that could soon follow suit, Canada's legalization model will be scrutinized: What did we do well? What could be improved upon?