Can sports help kids with ADHD? Study says yes for girls, not boys 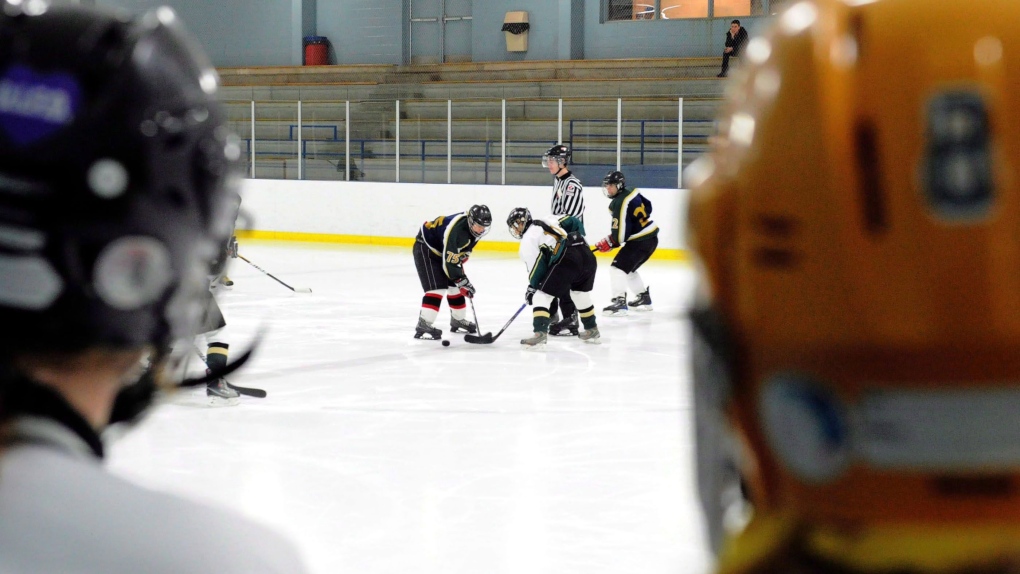 Students from John McCrea Secondary School play hockey at the Walter Baker Sports Centre in Ottawa on Thursday, January 19, 2012. Hockey groups across the country are looking for ways to manage runaway scores in a bid to keep the sport fun for kids. THE CANADIAN PRESS/Sean Kilpatrick

Participation in organized sports has been shown to reduce symptoms of Attention-Deficit/Hyperactivity Disorder (ADHD) in school age girls, but not boys, according to a Université de Montreal study.

“This has public policy implications,” said Linda Pagani, Professor of Psychoeducation, who authored the study.

“Girls who do regular extracurricular sports between ages six and 10 show fewer symptoms of ADHD at age 12, compared to girls who seldom do,” she said.

The study looked at data collected on a cohort of around 2000 Quebec children born between spring 1997 and spring 1998, by the Institut de la Statistique du Quebec.

At age six, the children’s parents filled out a behavioural questionnaire, establishing a baseline of ADHD symptoms for each child. The children were then re-evaluated at age 10 by their parents, and age 12 by their teachers.

This allowed researchers to track the evolution of their symptoms, and compare it to lifestyle factors, like participation extracurricular sports, informational also collected by the Institut de la Statistique.

While the study concluded organized sports helped reduce ADHD symptoms in girls, the same could not be said for boys. Pagani believes that may have a lot to do with the way ADHD symptoms present themselves in young boys versus young girls.

“In childhood, boys with ADHD are more impulsive and more motor-skilled than girls. As a result, boys are more likely to receive medication for their ADHD,” she said. “Faster diagnosis and treatment for boys in middle childhood could diminish the detectable benefits of sport.”

Still, Pagani believes the findings offer an opportunity to help children with ADHD succeed in the classroom.

“We are so sophisticated, in Quebec, on social policy, but when it comes to after-school programming for children, we are lacking,” Pagani said. “Simply, handing a kid a dodgeball and telling them to go outside isn’t necessarily a good thing.”

Much in the same way excessive screen time trains developing brains to be distracted, allowing children to always be unruly during physical activity, teaches them that behaviour, she explained.

“If you have a coach or instructor, you are helping kids develop sustained cognitive effort and perseverance in the face of boredom and tiredness,” she said, “which helps them with self-control.”