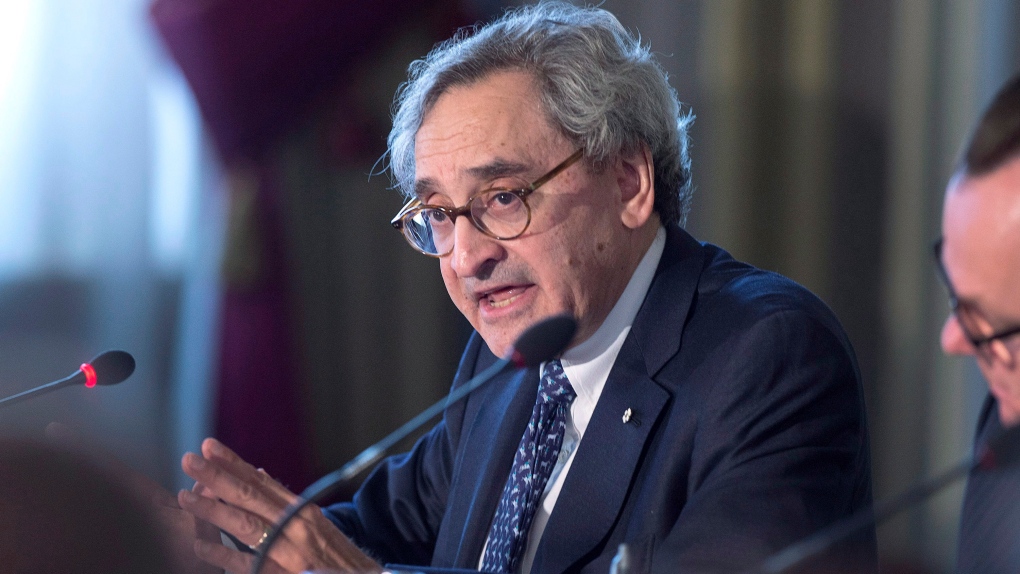 MONTREAL -- The outgoing head of Quebec's pension fund manager says the U.S.-China trade war threatens to fan protectionism and cleave economies in what amounts to "the defining conflict of our time."

Michael Sabia, who is slated to step down as CEO of the Caisse de depot et placement in February, said Thursday that "a duel for technological supremacy" threatens to split the planet into two spheres.

"Globalism is again becoming regionalism," he said. "This rivalry will have enormous consequences on supply chains and trade, huge consequences for our daily lives, for the functioning of our cellphones and access to social media."

Trade tensions between the United States and China have flared repeatedly since U.S. President Donald Trump imposed punitive tariffs last year on billions of dollars' worth of Chinese exports to America, seeking to ramp up pressure for changes in Chinese trade and investment policies.

"Populist governments put protectionism back on the agenda," said Sabia, under whose watch the Caisse grew its foreign assets to $220 billion from $62 billion in 2009, when he took the helm.

In another sign of heightened global tensions, Washington has accused Chinese companies such as technology giant Huawei of committing forced technology transfers and stealing trade secrets. Last month, the U.S. placed Huawei on its "Entity List," which effectively bars American companies from selling components to Huawei without government approval.

The Canadian government has not yet ruled on whether it will allow Huawei to supply components of 5G wireless networks. Ottawa-Beijing relations have frayed since last December's arrest of Huawei senior executive Meng Wanzhou in Vancouver on an extradition request from the United States.

"Typhoons in Japan. Floods in Venice. Fires in California and Australia...Many governments fail to respond quickly enough. Some populist governments don't know how," Sabia said. "Here, then, is the hard reality of our time."

Though Sabia mentioned no leaders by name, Trump began a formal withdrawal of the U.S. from the Paris international climate accord earlier this month.

Sabia called on businesses, universities, citizens and investors to act, "not out of nobility, but because it's in our interest."

"The world needs sustainable growth anchored in economic productivity," he said at a speech in downtown Montreal.

Sabia, 66, announced earlier this month he is moving on from the Caisse after more than a decade at the helm to become head of the Munk School of Global Affairs and Public Policy at the University of Toronto.

He was appointed to head the institution after it was shaken by the financial crisis, which resulted in $40 billion of losses the previous year.

Under his guidance, the Caisse said it has produced annual returns of 9.9 per cent over 10 years, while the size of its net assets has almost tripled to about $330 billion.

Over the last decade, the institution has diversified, focusing particularly on sectors such as infrastructure and private equity, while continuing to invest in real estate and adjusting its strategy. Investments outside of Canada now represent about two-thirds of Caisse assets compared to less than half 10 years earlier.

The Caisse has retained the services of an international firm to search for Sabia's replacement and aims to complete the process at the beginning of 2020, with the appointment of a successor approved by the government.

This report by The Canadian Press was first published Nov. 28, 2019.

With files from The Associated Press