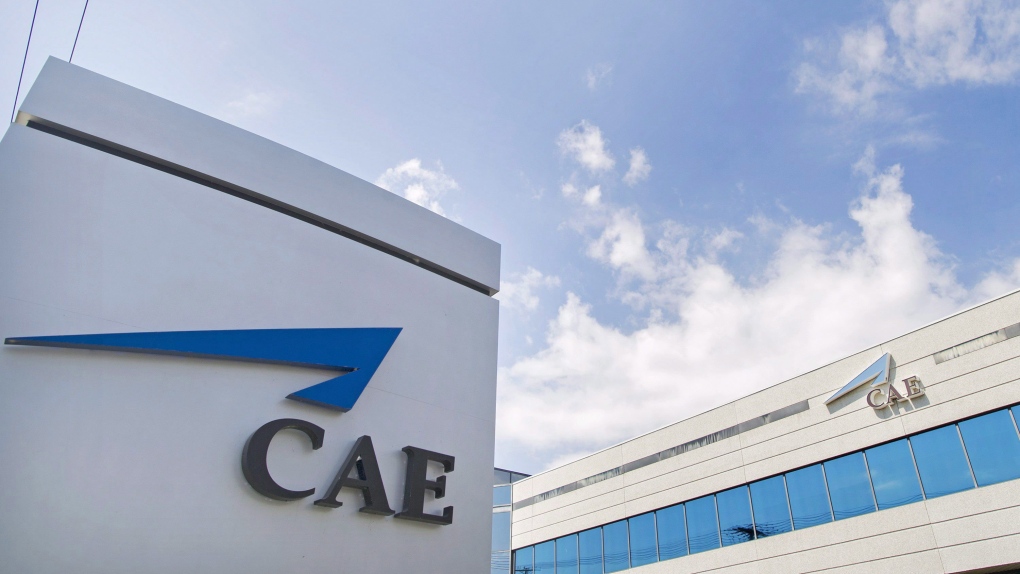 MONTREAL -- CAE Inc. is planning to restructure the company at a cost of $100 million over the next 12 months following a painful earnings plunge last quarter.

"The full brunt of the COVID-19 pandemic hit us during our first quarter, with sharply lower demand and major disruptions to our global operations," CEO Marc Parent said in a release Wednesday.

The Montreal-based company, which makes flight simulators, shut down more than half of its civil training network across the globe between April and June, with use of its facilities bottoming out at 20 per cent capacity before rising to about 40 per cent currently. The shutdowns drove down revenue in the civil aviation segment by nearly half.

All training centres had reopened by July, but many remain at reduced capacity.

The company's health care unit found that academic institutions and nursing schools, which make up the bulk of the division's clients, came under lockdown protocols that hampered its ability to conclude contracts and deliver on existing orders, the company said.

Total revenues dropped by a third and net income fell by 275 per cent as a result of the disruptions. In response, the Montreal-based company announced a $100-million restructuring program that will start to yield $50 million in annual savings next year.

CAE is maintaining its forecast of negative free cash flow in the first half of its fiscal year and anticipates it will turn positive in the second half between October and March.

"The pace of recovery is unlikely to be linear or quick, and it will most certainly be dictated by the rate at which travel restrictions and quarantines can safely be lifted and economic activity improves," Parent said.

"We continue to view the current fiscal year as a tale of two halves, with the first half of the year marked by lower demand and disruptions, and the second half to potentially begin to inflect more positively."

CAE reported a loss of $110.6 million in the quarter ended June 30, amounting to 42 cents per share compared with a year-earlier profit of $61.5 million or 23 cents per share.

Analysts on average had expected an adjusted loss of six cents per share for the quarter, according to financial markets data firm Refinitiv.