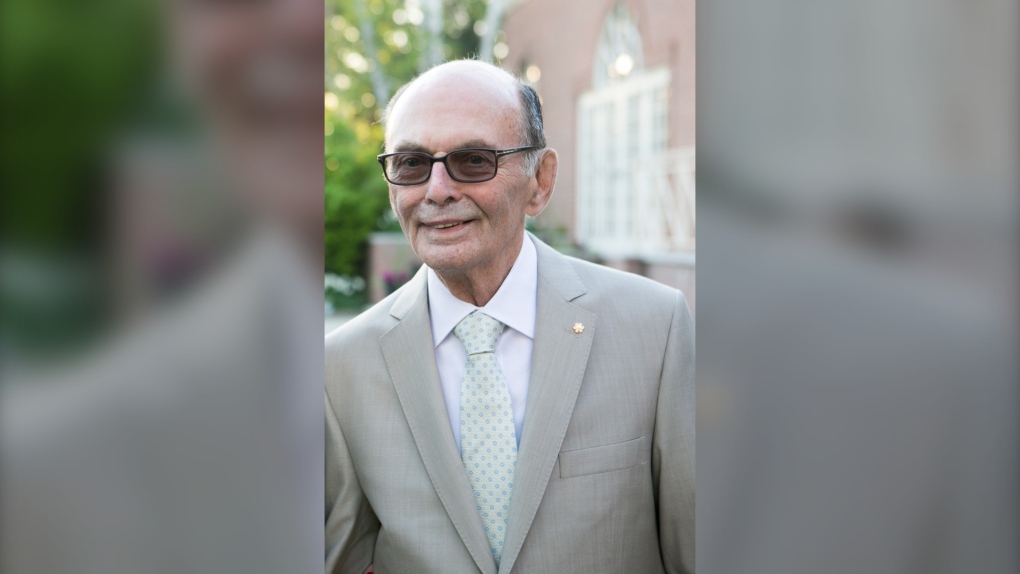 MONTREAL -- Leo Kolber, a longtime senator, businessman and philanthropist - and so iconic a Montreal figure that a character reputedly based on him was featured in a Mordecai Richler novel - has died following a long illness. He was 90.

Kolber was born Jan. 18, 1929 in Montreal, and was a lawyer by trade, having received his law degree from McGill University in 1952, the same year he was called to the Quebec Bar.

Kolber was also for years the chief of fundraising for the federal Liberal Party, and had myriad political connections both in Canada and in Israel. He served on the board of several companies and organizations.

Kolber and his late wife Sandra Kolber, who died in 2001, were also major philanthropists and active in promoting several cultural and civic organizations in Montreal, including the Orchestre Symphonique de Montreal and the Jewish General Hospital.

Kolber was appointed to the Canadian Senate in 1983 and served until 2004. He spent four years of that tenure as chairman of the Senate's standing committee on banking, trade and commerce.

In Mordecai Richler's 1989 novel Solomon Gursky Was Here, which was widely viewed at the time as a roman a clef about the Bronfmans, the character of Harvey Schwartz was reputed to be based on Kolber - despite Richler's denials. (In his 2003 memoir Leo Kolber: A Life, Kolber expressed displeasure at what he found to be Richler's thinly veiled, and unflattering, characterization.)

Kolber was named an Officer of the Order of Canada in 2007.

He found himself in the news again in 2017 when he was mentioned in the "Paradise Papers" as one of many international figures - including Stephen Bronfman - who were alleged to have been involved in using offshore tax havens.

In a statement Thursday night, Prime Minister Justin Trudeau offered his condolences and praised Kolber, "my good friend and mentor," for being "a distinguished business leader, lawyer, and philanthropist, who dedicated his life to serving his community and his country."

"He was an example to me, and countless others, of the importance of working hard and looking out for the people around us," Trudeau said.

The Jewish General Hospital, which lowered the flag at its main entrance to half-staff in honour of Kolber, said in a statement that he "is credited for having guided the JGH through a period of considerable difficulty and change in the healthcare system."

"He was firm in his defence of the hospital and he considered access to high-quality healthcare services to be a non-negotiable issue," the hospital said.

Kolber is survived by his wife Roni (Ronit) Kolber, daughter Lynne, son Jonathan and grandchildren Olivia, Benjamin, Daniella and Michael. The family is asking those who want to make a contribution to do so in Kolber's memory to the Jewish General Hospital Foundation by calling 514-340-8251

A funeral for Kolber will be held Sunday at 11 a.m. at the Congregation Shaar Hashomayim (450 Kensington Ave. in Westmount).