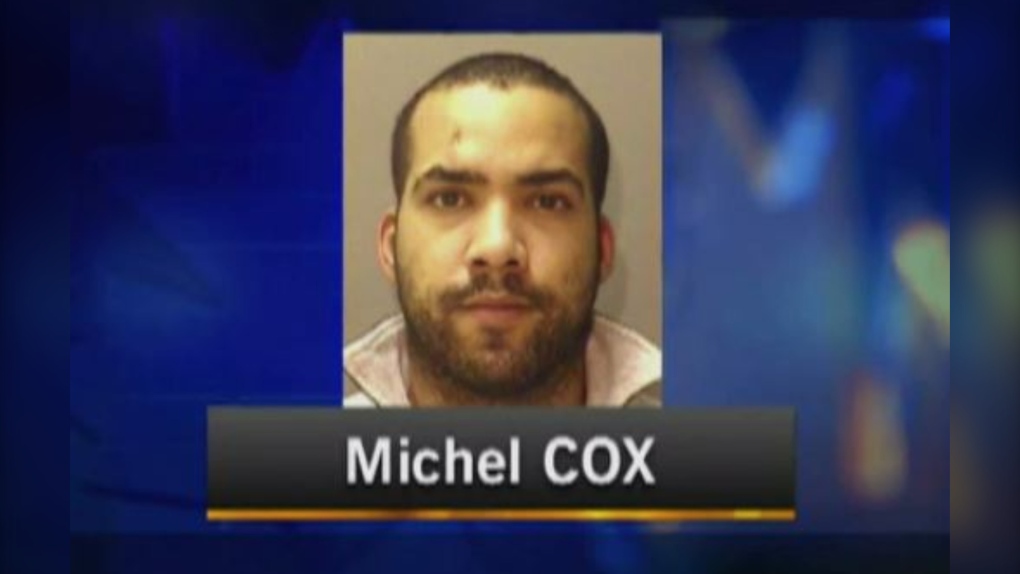 MONTREAL -- A serial rapist who served 12 years for raping eight Montreal-area women has been charged in the kidnapping of a 16-year-old this Friday, Montreal police say.

The girl was walking in Outremont, on Saint-Viateur St. near Durocher St. just before 4 p.m. when a man drove up and "approached her, saying he was a police officer," said Montreal police spokesperson Raphael Bergeron.

He told the girl she was under arrest, then "forced her inside his vehicle and tried to leave the scene," Bergeron said.

Shortly afterwards, however, the girl was able to escape the vehicle and cry for help, he said.

Due to the details the girl could provide about the man and the actions of witnesses, "we were able to get a good description and a licence plate of the suspect," said Bergeron.

Montreal police sent all that information to all the police forces surrounding the city, putting them on alert.

Michel Cox, 43, was picked up in the early evening on the North Shore by Saint-Jerome municipal police and taken back to Montreal, Bergeron said.

He appeared in court on Saturday by video conference. He’s facing several charges, including kidnapping and impersonating a police officer. He next appears in court on Aug. 20 for a bail hearing.

Cox’s charge sheet lists his home address as being in Saint-Jerome.

The suspect wasn’t dressed in a police uniform and didn’t appear to have a fake badge, Bergeron said, but he allegedly told the girl he was a detective or something along those lines.

The girl may have bumped her head but she wasn’t seriously injured, physically speaking, said Bergeron. She was treated for shock, he said.

It’s a good thing, he said, that "she managed to get herself out of the vehicle quickly."

Cox, who was convicted of eight rapes committed between 2002 and 2004, was known as the "bus stop rapist" for attacking young women and girls when they got off city buses in Laval and Montreal at night.

He gagged the victims, aged between 14 and 28, and raped them at knifepoint.

He pleaded guilty, and the judge sentenced him to 21 years—adding a year to the maximum sentence requested by the Crown, which is unusual. The judge also required him to serve half his sentence before applying for parole rather than the usual third.

In her 2005 sentencing ruling, the judge at called the rapes incredibly brutal and pre-meditated. She said her decision had been influenced by speaking to his victims, especially the 14-year-old, who left the judge feeling that Cox’s attack had "broken her," according to reporting from that year.

However, the Crown’s efforts to have Cox declared a dangerous offender, which would have kept him behind bars indefinitely, failed.

Two psychologists at the time testified that Cox wasn’t a psychopath, though his evaluations showed he ran a high risk of reoffending.

He admitted he was sexually deviant and addicted to cocaine. But his lawyer at the time, Genevieve Brodeur, argued that "he has regrets, he has empathy," a claim his victims said they rejected.

Instead, he was designated a long-term offender, which means that after getting out of prison he was to be closely monitored for 10 years.