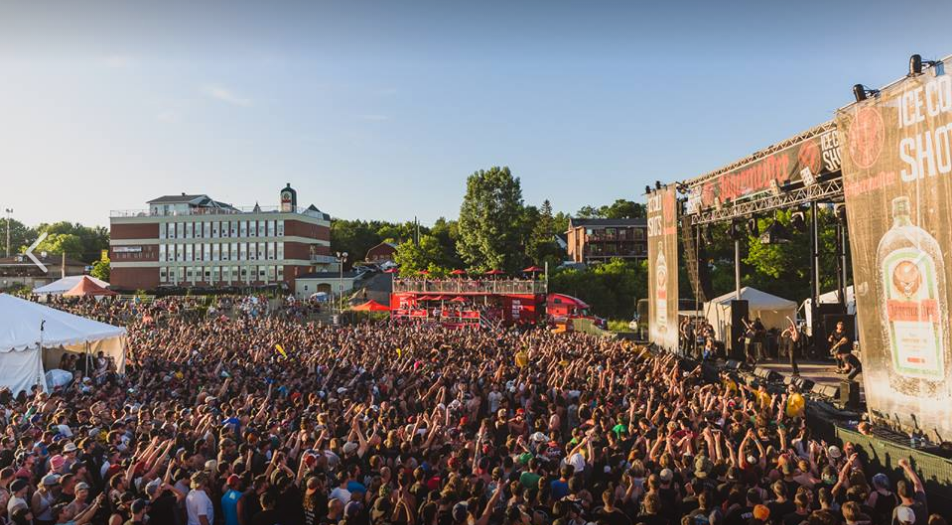 This is the first time in 12 years that someone has died at the Montebello Rockfest. (Photo courtesy of Amnesia Rockfest/Facebook)

The Surete du Quebec is working to establish what exactly caused a man in his 60's to drop dead just outside the site of the Amnesia Rockfest in Montebello on Saturday morning.

Police received a call around 11 a.m. about a body in the roadway on Notre-dame and des Mille-Fleurs Sts.

Paramedics and other emergency officials attempted to revive him, but were unsuccessful.

He was pronounced dead in hospital at 11:45 a.m. Officials believe that the man suffered a heart attack.

He was wearing a festival bracelet at the time of the incident, SQ spokesperson Daniel Thibaudeau said.

Police managed to locate a person on festival grounds who may have been camping with the man, who was visiting from Brockville, Ont.

Thibaudeau said that the investigation is not criminal, nor suspicious, and that they will be collaborating with the Quebec coroner to better establish a cause of death.

In its 12 year run, this is the first time that a festival attendee has died while at Montebello.